More Ways to Shop Locally This Christmas – Online, Offline, Or on The Phone

Middle school students at Meaford Community School got the opportunity last week to dive a little deeper into history.  The annual “historica fair” was held in three classrooms last Friday, April 11 at the school. 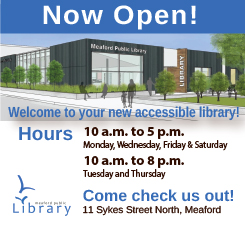 The event is similar to a science fair; rather than science though, the focus on history. Students in Grade 7 and 8 researched, and presented their projects, which covered a wide range of topics.

A few years ago, the Bluewater School Board decided that history deserved the same type of project that Science has had universally for decades. Since then, the history fair has become a staple for students growing up in the area.

This year, like many of the years previous, the biggest stipulation was that there had to be a personal connection in the project, between the student and the material they chose to focus on. This played itself out in many different unique and interesting ways. Students chose to focus on individuals, locations, establishments, cultural activities, among other things.

Another focus that students were encouraged to take was to include the experience of their elders through their project. They were encouraged to interview someone in their senior years connected to the project, and use this as a part of their research.

Monica Ramakers, one of the organizing teachers, hopes that this will lead to a greater respect of the elderly, among youth.

“One of my personal goals is that this would bring respect to the elderly,” she commented. “To pass on the history and for them to tell their stories, and keep their history alive”.

Projects ranged from focusing on an individual, such as Terry Fox or Roberta Bondar- to an event like a war- to local establishments, such as Knights or the Fire Department.

Many different angles were taken to allow for the personal connection to the project. Some students explored their own family ancestry to discover interesting things. Other students focused on their family business, or something their family had been a part of. Others chose to look at something they enjoyed- like a sport, such as Lacrosse or Figure Skating, a fun experience- like Canada’s Wonderland, and even Triceratops dinosaurs.

All the students were able to display their poster boards in front of their classmates, and on rotation they presented their projects to small groups stopping by.

One statement that is frequently heard in a variety of societal situations is that “if we can’t learn from history, we are doomed to repeat it”- and hopefully, by taking a deeper look into history, establishing connections, and learning to respect it, today’s students will be able to learn from the bad, and move forward with the good.

At their November 30 meeting, Meaford's Council made some more adjustments to the 2021 budgets that have resulted in the required rate increase in...
Read more
Council News

The Municipality of Meaford will embark upon a one-year pilot of a pay to park program at municipal parks. During Council's budget deliberations in early...
Read more
Community News

Howard Fligg signed on three and half years ago as a volunteer with the Meals on Wheels Program, delivering meals once a month to...
Read more

With every municipal budget season I am sure to hear from folks about the number of staff employed by this municipality. During this year's...
Read more
Community News

For the past eight months, many of us have spent unprecedented amounts of time at home. Whether working from home or temporarily unemployed, one...
Read more
Business News

More Ways to Shop Locally This Christmas – Online, Offline, Or on The Phone 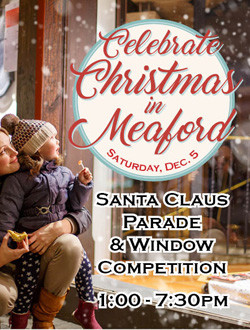 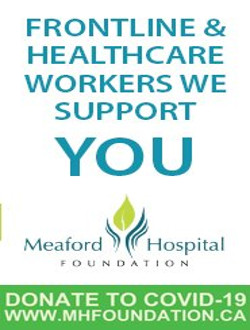