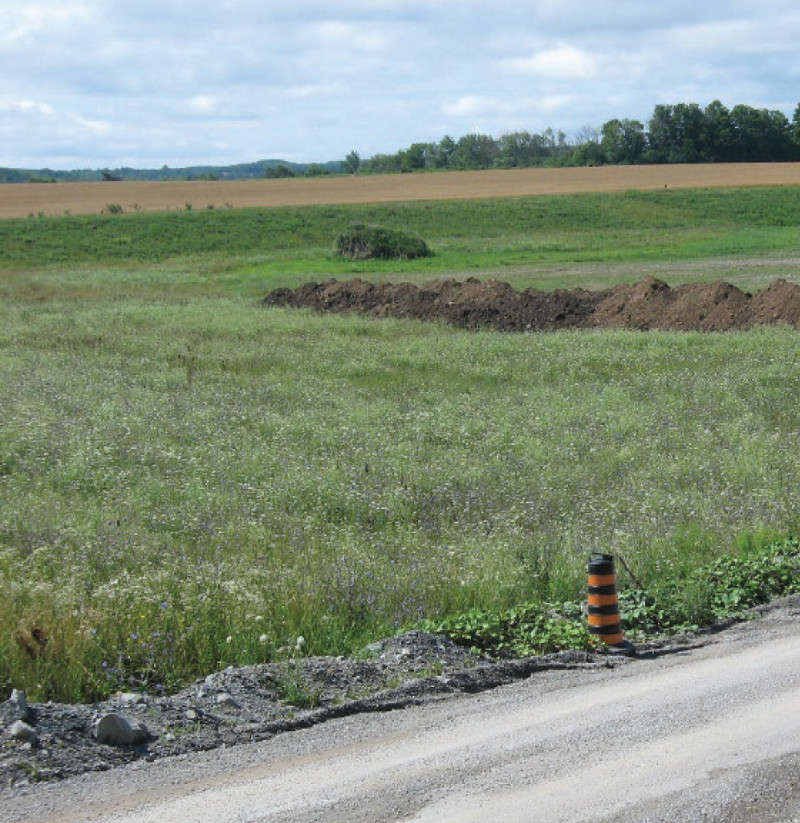 Walker Aggregates’ Meaford Quarry in the Municipality of Meaford has received OSSGA’s 2020 Progressive Rehabilitation Award, presented at OSSGA’s 2021 Conference & AGM at the end of February.

The goal of Meaford Quarry’s rehabilitation is to convert the land into a wetland complex at the request of the property owner. This year, crews completed 5.75 hectares along portions of the site’s north and south faces, as well as the quarry floor. Both faces were sloped to grades between 3:1 and 4:1 and covered with 175,000 cubic metres of overburden and 5,700 cubic metres of topsoil. Parts of the north and south faces were left sheer to promote biodiversity at the site (e.g. bird nesting) and create a more aesthetically pleasing final look. Rehabilitation efforts at Meaford Quarry began a decade ago and are expected to wrap up in approximately five years.

“I’m so very pleased that one of our Harold Sutherland Construction quarries has received a Progressive Rehabilitation Award from our industry association,” said Ken Lucyshyn, executive vice-president of Walker Aggregates. “Walker is serious about rehabilitating our quarries to a land use better than before, and I’m extremely proud of the work of the team at the Meaford Quarry to transform a section of the original quarry into a wetland complex.”

The Progressive Rehabilitation Award recognizes the ongoing efforts of individual operators to progressively rehabilitate their sites in accordance with their site plans.

The OSSGA Industry Recognition Awards Program recognizes a wide range of activities that contribute to a progressive image of our member aggregate producers and the aggregate industry as a whole. A key goal is to raise the bar in the industry by highlighting operations that go above and beyond what is required by legislation.

“We encourage each member to be sound stewards of the lands on which they operate, and to be engaged and valued members of their community,” said Norm Cheesman, Executive Director of OSSGA. “All of OSSGA’s 2020 award winners have met and exceeded those expectations.”

The Ontario Stone, Sand & Gravel Association (OSSGA) is a non-profit industry association representing over 280 sand, gravel, and crushed stone producers and suppliers of valuable industry products and services. Collectively, members produce a large majority of the approximately 164 million tonnes of aggregate consumed annually on average in the province to build and maintain Ontario’s infrastructure needs. OSSGA works in partnership with government and the public to promote a safe and competitive aggregate industry contributing to the creation of strong communities in the province.