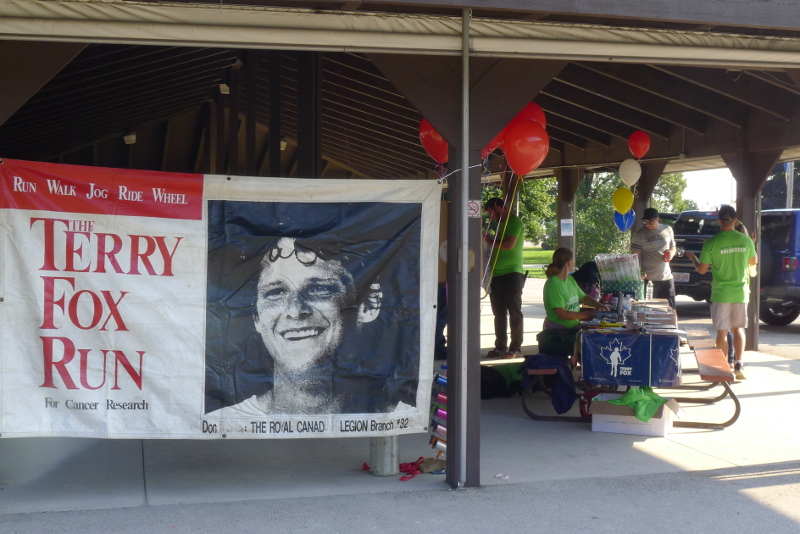 Organizers of the annual Terry Fox Run in Meaford, Andy and Sandy Harrington, have passed the torch to a new lead organizer, Jennifer Speer.

“We’ve enjoyed being the lead organizers for the past two years,” Andy said. “We’ve assisted with the run event here for many years prior but feel it’s our time to hand over the torch to someone else. We will continue to donate to this amazing and worthy cause as we have for many years as well as run in the event.”

The Terry Fox Run has been an annual family event for Jennifer, “for years and years”, she said. She moved to Meaford three years ago and runs in the Meaford event each year and her family travels from Orangeville to join her. She is excited to take on a new challenge and she would welcome as much help from volunteers as she can get.

In Canada, the Terry Fox Run happens every September on the second Sunday after Labour Day. It is a major fundraiser for cancer research, in honour of Terry Fox’s Marathon of Hope. In 1977, Terry lost a leg to osteosarcoma. In April 1980, he set out to run across Canada to raise money for cancer research. By September, 143 days and 5,373 kilometres into his marathon, his health failed and he succumbed to his cancer in June 1981.

Planning for the annual event starts in May but the majority of the work happens in September and winds down mid-October. The Terry Fox Foundation oversees all of the runs and lends a lot of support to community volunteers, according to Andy.

“The Foundation’s head office for Ontario holds a gathering in Toronto each May for approximately 250 Terry Foxers to review notes, discuss best practices, and brainstorm for fundraiser ideas,” he said. “Last year’s gathering was virtual and will be again this year.

“Then it’s back to home territory for more brainstorming and to coordinate posters, T-shirts, pledge sheets, and signs with head office. Really, it runs very smoothly.”

Anyone who is interested in volunteering to help with the Meaford Terry Fox Run can contact Jennifer Speer at tfrmeaford@gmail.com.