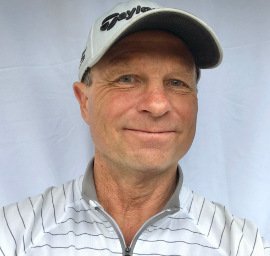 The world of sports changed dramatically this year after the COVID-19 pandemic appeared.

In March all professional sports teams cancelled their games in an attempt to stop the spread of the virus. Hockey, basketball, baseball, soccer, tennis, and golf all disappeared from our TV screens as the world pushed the pause button.

Fortunately for golf, the 2019/2020 schedule was able to resume after multiple event cancellations. The only galleries that could be seen on tour this summer were residents that lived alongside the courses where the tournaments were being played. All players and their caddies were subject to daily tests to ensure that none of the competitors had the virus. The players had to live in isolation without their families in attendance to ensure that tournaments were being played in a healthy and safe environment.

Even though many PGA tour events were cancelled, 43 tournaments were able to be played and golf fans around the world were treated to some very entertaining golf.

There were 14 first-time winners this season on the PGA tour. Which means that one of every three tournaments played had a first time champion. Corey Connors, who hails from Listowel, Ontario, captured his first PGA tour victory at the Valero Texas Open this year.

The pool of talent on the PGA tour is very deep, which only means that players such as Rory McIIroy, Jon Rahm, Justin Thomas, and Dustin Johnson are going to have to play even better to compete with many of the young guns on tour.

Dustin Johnson finally captured his first Fed Ex Cup trophy and the $15 million bonus cheque after his win at the Tour Championship last week at East Lake. Previous winners of the Fed Ex Cup include Rory McIIroy in 2019 and 2016, Justin Rose in 2018, Justin Thomas in 2017, and Jordan Spieth in 2015.

The Masters, which is typically played in Augusta, Georgia, in April of every year had to be cancelled this spring. The U.S. Open, the British Open, and the Canadian Open also were cancelled this year but will be back next season.

I am looking forward to watching both the U.S. Open and the Masters which had to be rescheduled for this fall. The Masters will be played after our golf season has ended in November. It should provide some excellent entertainment for golfing fans as our fall gradually becomes winter. Tiger Woods is the defending champion and we would all love to see him repeat in Augusta!

Next Week: Fall: A Great Time to Buy New Clubs