Who Was Peter Francis? 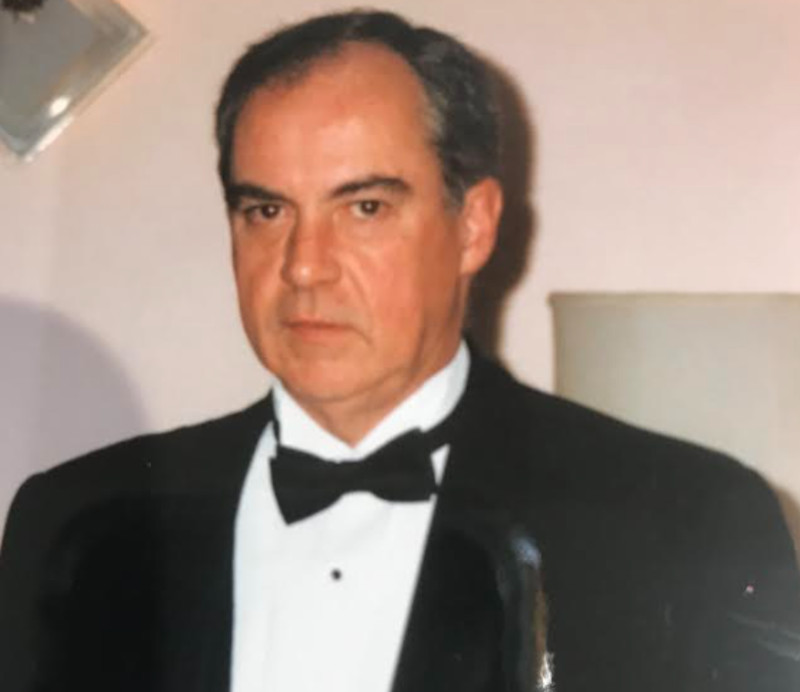 Dating back to the late 1990s, the Meaford Chamber of Commerce has presented their annual Community Awards, recognizing outstanding local businesses and citizens for their exemplary contribution to the local economy and community.

One of these awards, the Peter Francis Memorial Award, specifically recognizes one unique individual in our community who demonstrates extraordinary volunteer leadership, going above and beyond in helping shape our community for the better.

This past year, the recipient of this prestigious award was none other than Peter’s wife, Liz Harris, a long time resident of Meaford.

“A very special thank you to the Chamber of Commerce for their commitment to continue Peter’s legacy of the Community Awards honouring business and volunteers,” said Liz. She continued, “I feel so fortunate to have been able to continue Peter’s legacy of volunteering in our community that we loved, and it is with deepest gratitude I accept this award and be in the company of many others honoured with the Lifetime Achievement Award for dedication to our community.”

Peter Norton Francis was born in 1942. In his youth he lived in Burlington, Ontario, and studied accounting at Ryerson University. This would lead to a fulfilling career articling for Beaver Lumber, and eventually becoming Vice President and Chief Financial Officer of Broan.

Liz and Peter met in 1974, and built a life together in professions they loved. In 1991 they moved to Brampton where they would both work until retirement at the ages of 52 and 55. In their off-time, they made memories together at Liz’s childhood family cottage in Meaford, just steps away from Memorial Park, lining beautiful Georgian Bay. Liz’s family purchased the cottage in 1949.

Together, Liz and Peter fell in love with Meaford, which would become their place of retirement in 1997. Eventually, the family cottage was torn down, and the lot was used to build their beautiful retirement home. After countless hours and plenty of elbow grease, they were ready to permanently settle into their life in Meaford.

Peter began networking with local groups and community members, becoming heavily involved with the local business community. He attended a local networking meeting at Fisherman’s Wharf, which would serve as a precursor to revitalizing the current Meaford Chamber of Commerce, an initiative in which Peter played a monumental role.

Peter volunteered his time as the Secretary Treasurer in the Chamber, a role he also performed for the Beautiful Joe Heritage Society. In fact, he was instrumental in establishing the many service dog stations in BJ park.

Peter was responsible for introducing the Meaford Community Awards in 1999, as he strongly believed that local businesses deserved better recognition for shaping the local economy.

Over the five years Peter lived in Meaford, his entrepreneurial spirit made a profound positive impact on the community. He built the gorgeous flower bed along the waterfront at the end of Nelson Street for Communities in Bloom, for example. Peter made a point of attending Council meetings, subcommittee meetings, and other community planning events to stay informed about local proposals and developments. This of course led to his volunteering and involvement in a number of community projects.

During amalgamation in the year 2000, the Town of Meaford sold Meaford Hydro. Peter played a big role in facilitating the sale, and convinced Municipal staff to put the funds from the sale towards the restoration of the now-iconic Meaford Hall.

Liz describes Peter as a jack of all trades, an intriguing raconteur, and an artistic planner who could draw or graph plans for any project. Peter loved to sail, and in his honour, Liz donated his boat to the local sailing school after his untimely passing.

Sadly, at the age of 61, Peter passed unexpectedly on March 5, 2003, from a heart attack. Peter and Liz had one son, Charles, who currently resides in Toronto.

During his time in Meaford, Peter’s contributions to the community he loved are certainly worthy of distinction. His efforts and initiatives embody the belief of someone who cares about their community enough to change it for the better.

Peter Francis’s legacy lives on through his Memorial Award, now among the most prestigious awards with which a resident of this community can be bestowed.

Join us for the presentation of this and other local awards at our AGM, Trivia Night, and Community Awards night on March 25 at Meaford Hall.