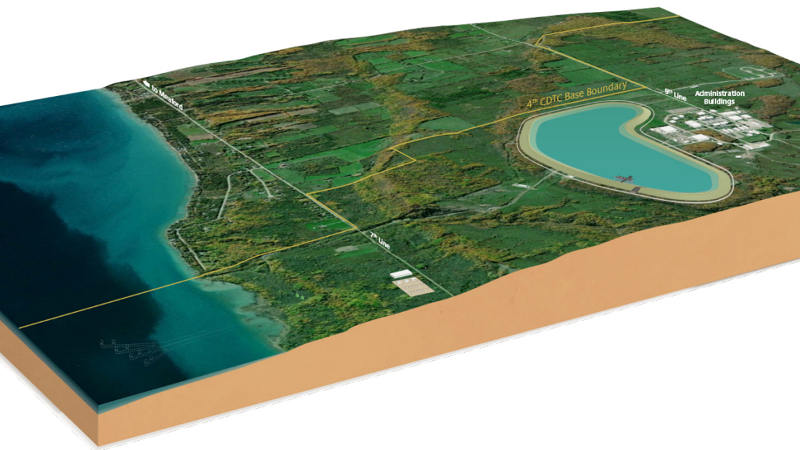 TC Energy, the proponent of a controversial $4 billion hydroelectric pumped storage facility on the Meaford Tank Range, has established a community liaison committee aimed at improving engagement with community stakeholders.

An introductory meeting was held virtually on November 18, 2020, however the first regular meeting of the committee has yet to be scheduled, according to TC Energy.

Member Organizations of the Community Liaison Committee are as follows:

“The project recently established a community liaison committee (CLC) to complement our engagement with the community. An initial meeting was held via Zoom in November 2020 and was intended as an administrative meeting for the purpose of self-introduction and a discussion about the conduct and purpose of the first working meeting, which is not yet scheduled,” Jennifer Link of TC Energy told The Independent.

Asked if the committee meetings would be open to the public, Link said that they would not, however meeting notes will be posted on their website.

“While the working group meetings are not open to the public, meeting notes will be recorded and posted on the project website following future meetings. Furthermore, if and when the committee identifies topics/issues where a sub-committee may be required, there may be opportunities for public participation,” Link advised.

The proposal has been the subject of significant concern for many Meaford residents since first learning of it over a year ago. In the months since the proposal first surfaced, a number of Meaford residents mobilized to raise awareness both in the community and beyond its borders.

TC Energy says the proposal is a green initiative that would consume inexpensive off-peak power at night to pump water from Georgian Bay into a 374-acre storage reservoir located 150 metres above the Georgian Bay shoreline on the military base. The reservoir, which would hold 20 million cubic metres of water, would be emptied back into Georgian Bay during peak usage periods, driving hydraulic turbines to generate electricity. TC Energy has been granted permission to undertake a feasibility study, and the temporary access agreement provides TC Energy with one year of access in order to complete its studies. The Department of National Defence is conducting its own study, which will determine if the proposed facility could co-exist with activities at the 4th Canadian Division Training Centre.

“Since we announced our intention to study the feasibility of the development of a pumped storage project at the Meaford Tank Range, there has been much discussion in this community. From our perspective this discussion is a constructive and essential component of project development,” John Mikkelsen, TC Energy’s Director of Power Business Development, told Council during a presentation made on September 28, 2020. “It has raised awareness of the project, and it has also raised important concerns which need to be addressed. I assure you we are listening, and we are taking these concerns very seriously.”

Mikkelsen pointed to a number of design changes announced last summer as evidence that TC Energy is listening to the concerns expressed by residents. Two key changes have been incorporated into the new designs. TC Energy said that the power house has been moved away from the shoreline and will be buried in a cavern. The water intake and outfall has been moved away from the shoreline into deep water which TC Energy says will avoid sensitive near-shore fish habitat. Additionally, the proponent has committed to sub-sea transmission lines as opposed to over-land transmission lines.

“We are grateful to the citizens of Meaford for their active involvement,” Mikkelsen told Council in September.

Link stressed that support of the project is not a requirement for membership on the committee.

“Support for the project is not a requirement of the membership. It is a forum where information can flow between TC Energy and organizations who have an interest in the project. The members are encouraged to return to their parent organizations to inform, as necessary, their perspectives of the working meetings of the CLC,” Link noted.

More information on the Community Liaison Committee, including its Terms of Reference, will soon be published on TCE’s website: www.tcenergy.com/pumpedstorage.