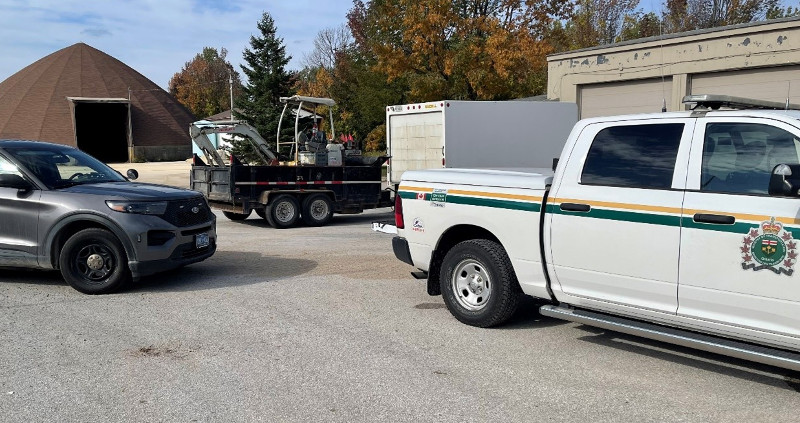 On October 6, at 2:10 p.m., the Grey Bruce OPP and the Ministry of Transportation stopped a commercial motor vehicle on Sykes Street South in the Municipality of Meaford.

During the investigation, it was discovered that the driver of the commercial motor vehicle was in possession of stolen property.

The Grey Bruce OPP have arrested and charged Steven Pedrosa Gachineiro, 40, from York Region, with the following offences:

The accused was released and is scheduled to appear at the Ontario Court of Justice in Owen Sound at a later date.