Dairy Queen has been part of Shirley Keaveney’s life for more than 43 years. Understandably, it will take time for her to adjust to the fact that she has sold the DQ Meaford franchise.

“I am not quite feeling jubilant yet,” she told The Meaford Independent on July 21. “It hasn’t yet sunk in. There was a crying session this morning when we held our last staff meeting.

“It’s been 43 years of my life. I worked for Meaford DQ when I was in high school. Later, in 1980, my husband Dale and I purchased a DQ in Collingwood. Then in 1986, the opportunity presented itself to buy the Meaford DQ.

“We operated the Collingwood DQ for 23 years, sold it in 2003, and continued operate the Meaford DQ.”

The Meaford DQ has had many long-term staff members, some of whom have worked for Shirley for 20 and 26 years. “That is amazing in this industry,” she said. “Why? I hope it is because of the family atmosphere that we created in the restaurant. It’s more than a team – we like to think of it as our DQ family.

“The work is busy. It’s fast-paced. It gets hot in the restaurant in the summer. It’s not that it’s easy work. The staff get along so well. They are part of each others lives.

It’s the camaraderie, the support, that trusting that we have each others back.”

Rob Pilon has worked for Shirley for the past 26 years. As general manager, he has taken care of scheduling, maintenance, payroll, “pretty well everything,” he said.

“Shirley has been a fantastic boss. I’m 45 years old and I still thing of Shirley as a third mom. She cares for employees as though they were her own children. She would be first to put an apron on and work for you if you couldn’t get someone to cover.

“I wish Shirley well and I thank her for time, those countless hours that she put into not just the business but into myself. I wish her well. Retirement is going to suit her just fine.”

The DQ franchise has been a huge commitment, every day, all day, 365 days of the year, according to Shirley. “My staff has been so amazing that I have had some flexibility to devote time to my role as deputy mayor. Now, I will be able to dive in to my current elected role and focus more on the municipality.”

Meaford DQ has been purchased by four DQ franchisees who currently operate two DQs in Barrie and the DQ in Owen Sound.“The new owners plan to upgrade the Meaford building, install new equipment in the kitchen, and extend the hours,” Shirley said. “Everybody on staff stays.” 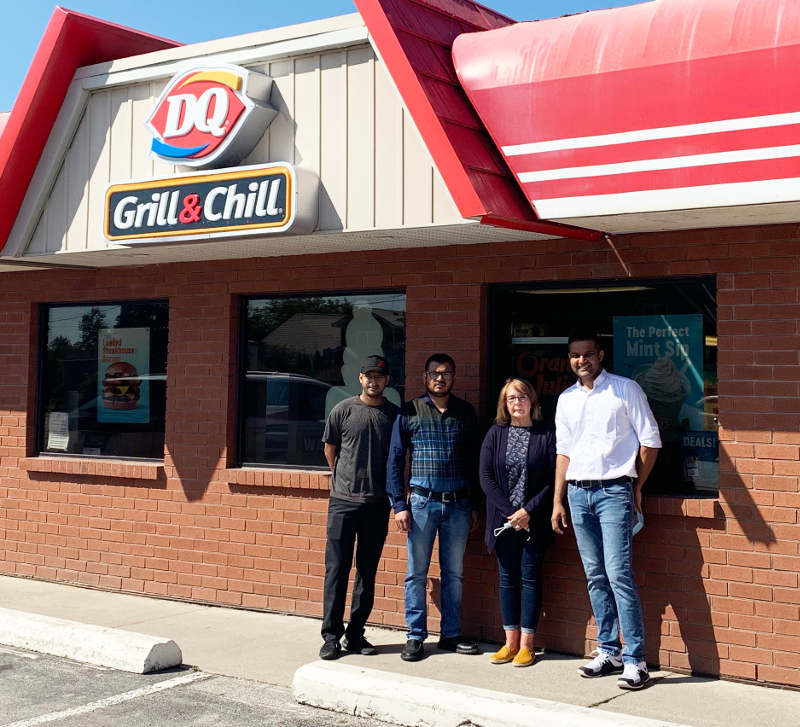