Could Canada Day be the Last Major Virtual Event of This Pandemic? Let’s Hope

Paid Parking Pilot to be Limited to Memorial Park 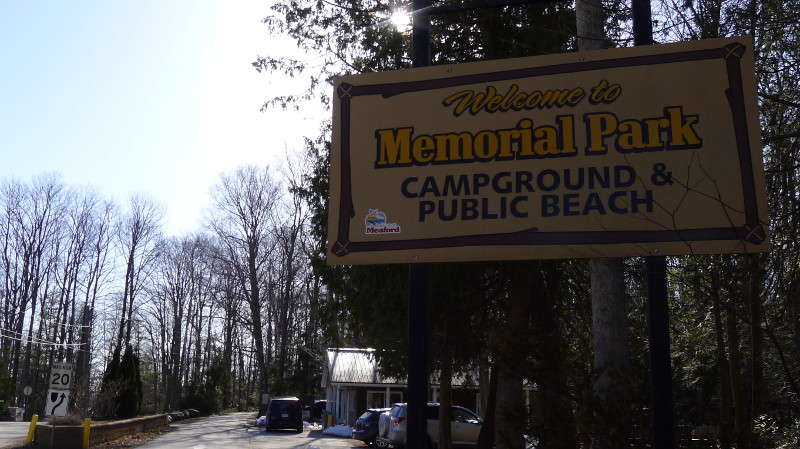 Meaford Council has decided to make a major change to their paid parking pilot project – the pilot will only be undertaken at Memorial Park.

Council had given initial approval to an option provided by staff that would implement a fee for parking at all municipal parking lots located at parks and open spaces. With the option chosen by Council, residents of the municipality as well as boaters with slips at the harbour and campers at Memorial Park would not have been required to pay for parking.

At their April 12 meeting, Council gave Committee of the Whole approval to the establishment of the pilot project as well as the implementation of a new municipal parking bylaw. Only Councillor Ross Kentner voted against the agenda item as he had done in November when the plan was first brought to Council. Kentner expressed concern that implementation of paid parking for visitors would harm Meaford’s brand.

News reports on the pending pilot project were cause for many concerns among Meaford residents who took to social media to express displeasure with the plan. The most common concerns raised by residents included the fee to be charged which many thought excessive, the plan for resident passes which some found both confusing and unfair, as well as concern that a requirement to pay for parking would drive tourists away. Another common concern expressed by residents was that some out of town visitors might avoid paying to park by using nearby residential streets to park instead.

Meaford Chamber of Commerce president Scott Gooch made a deputation to Council at the beginning of their May 10 meeting, imploring them to reconsider several elements of the planned pilot project. Gooch noted the lack of consultation with residents, Chamber of Commerce, and the BIA on the matter.

During the May 10 meeting, Council was to have given final approval to the paid parking pilot project, however before doing so, they engaged in significant discussion about some of the details of the plan. Of particular concern was the plan to charge a parking fee for out of town residents of $10 per park visited. Several members of Council expressed that they would prefer a flat rate fee of $10 per day giving access to parking at all municipal parks for one daily rate.

Councillor Paul Vickers moved an amendment that would have changed the fee structure to a daily rate, however before Council was able to debate that proposed amendment, they first entertained an amendment put forward by Deputy Mayor Shirley Keaveney that would restrict the pilot project to just Memorial Park. Parking at all other municipal parks would continue to be free of charge.

That amendment found the support of the majority of Council, and Council then approved the pilot project as amended.

While many will be pleased that the project has been downsized, Meaford Treasurer Darcy Chapman cautioned that the decision will result in a shortfall of roughly $45,000 in the municipality’s 2021 operating budget. The pilot project previously approved, which would have charged non-residents to park at all municipal parks and open spaces, was expected to have generated $70,000 in revenues, with net revenues expected to have been $60,000. However Chapman advised Council that if the pilot is undertaken only at Memorial Park, the expected revenues may be just $25,000.

Council did not provide direction to staff regarding how the $45,000 shortfall in this year’s budget should be addressed.

Chapman reminded Council that the parking pilot project has been a Council-driven initiative from the outset, and they were free to make any changes they wished. Council’s objective when they requested staff explore the possibility of a paid parking program during budget deliberations in November of last year, was to lessen the burden on Meaford ratepayers by having visitors pay for use of parking spots at municipal parks.

After Monday’s meeting Chapman advised The Independent that, absent any further direction to staff regarding the $45,000 shortfall resulting from limiting the pilot project to Memorial Park, it will form part of the year end deficit.

Asked how Council’s change to the program would impact the resident pass program, municipal Clerk Matt Smith told The Independent that his team will be meeting later this week to discuss resident parking passes for Memorial Park, and would issue an announcement once a decision is made.

The one-year pilot project will be reviewed by Council prior to next year’s budget process.