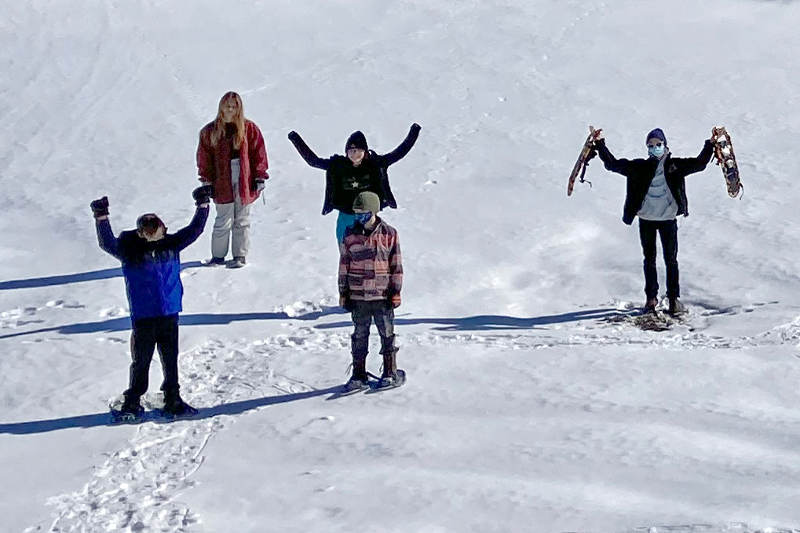 The Owen Sound & District Junior Optimist Club members met to create an upbeat message in support of the International Day of Happiness (March 20) and to support the Sydenham & District Optimist Club who were organizing a ‘Hike for Happiness’.

The junior members created an image in the snow using snowshoes while physically distancing.

The Owen Sound & District Junior Optimists have accomplished a great deal since they became a club almost a year ago. They have done fundraising and donated to the following local community groups and initiatives.

The club is also planning to launch their plant sale and hazardous waste roundup on Earth Day next month.