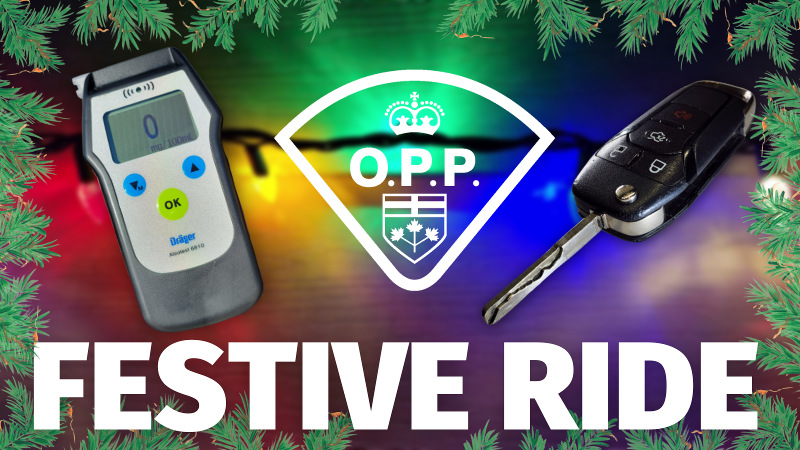 To date in 2022, 27 people have died in collisions on West Region roadways due to impairment by alcohol or drugs. That’s a significant increase compared to the 15 impaired driving deaths experienced in West Region last year, which is why this year’s campaign takes on added significance.

The Festive RIDE campaign is an annual police enforcement and education initiative aimed at taking impaired drivers off Ontario roads during the holiday season. This year’s OPP Festive RIDE Campaign runs from November 17, 2022, to January 2, 2023. During the campaign, the public can expect an increased OPP presence on West Region roads and highways as officers conduct RIDE initiatives 24 hours a day, 7 days a week throughout the province.

The Mandatory Alcohol Screening law allows police with an approved alcohol screening device to demand a roadside breath sample from any lawfully stopped driver without having reasonable suspicion that a driver is alcohol-impaired.

“No amount of alcohol or drugs is safe when driving. The OPP urges drivers to make the smart, safe choice this holiday season by arranging alternate transportation instead of endangering themselves and others by driving after consuming alcohol or drugs,“ said Acting Inspector Ross Stuart, West Region Traffic and Marine Manager.

If you suspect an impaired driver, please make that lifesaving 9-1-1 call.