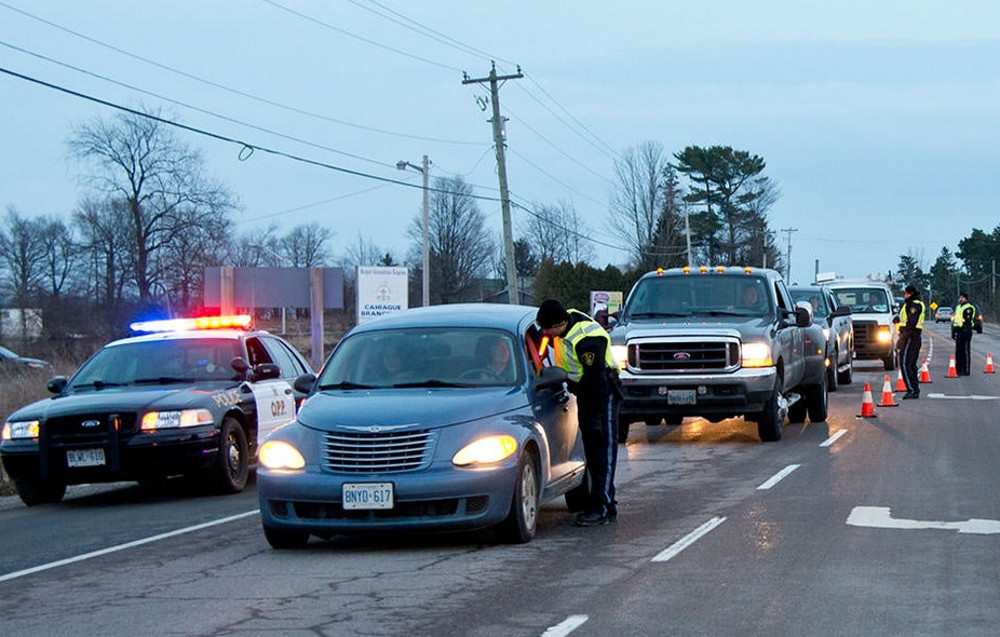 Between robust mandatory alcohol screening laws, vigilant citizens and dedicated officers, the Ontario Provincial Police (OPP) reminds drivers they’ll have plenty to worry about if they choose to get behind the wheel after consuming alcohol or drugs over the holidays.

The OPP’s Festive R.I.D.E. campaign kicks off this week and runs until January 3, 2021.

With more than 21,800 calls to the OPP to report suspected impaired drivers so far this year (2020), the OPP is praising these proactive citizens for doing their part to help keep these dangerous drivers off our roads. Close to 3,300 such calls were placed during the 2019/20 Festive R.I.D.E. campaign and reflect the ‘zero tolerance’ attitude the OPP encourages everyone to adopt every day.

Motorists are reminded that officers regularly conduct Mandatory Alcohol Screening (MAS) with drivers who are lawfully pulled over and they will be ramping up this investigative measure, including at R.I.D.E. stops, throughout the campaign.

Now heading into its third year, under the MAS law, an officer with an approved alcohol screening device can demand a breath sample from any driver without having reasonable suspicion that they have alcohol in their body.

Drug screening equipment that detects cannabis (and cocaine) in a driver’s saliva is another important resource officers have at their disposal. These devices are used to enforce the provincial “zero tolerance” sanctions that apply to young, novice and commercial drivers who are suspected of having the presence of drugs in their body.

Under impaired driving laws, the OPP can also demand that a driver submit to a Standardized Field Sobriety Test (SFST) and a Drug Recognition Expert (DRE) Evaluation. SFST-trained officers and DREs have the expertise to detect impairment by alcohol, drugs or both in a driver.

“As Ontarians celebrate this physically distanced holiday season, an important part of staying safe is ensuring you have a solid plan that prevents you and your family from driving while impaired by alcohol or drugs. The OPP encourages citizens to continue reporting impaired drivers to police. Combined with the dedication of our frontline officers, our collective efforts can significantly help keep you and your loved ones safe on our roads during the holidays and throughout the year,” said Thomas Carrique, Ontario Provincial Police Commissioner.