On My Bookshelf: The House in the Cerulean Sea by TJ Klune 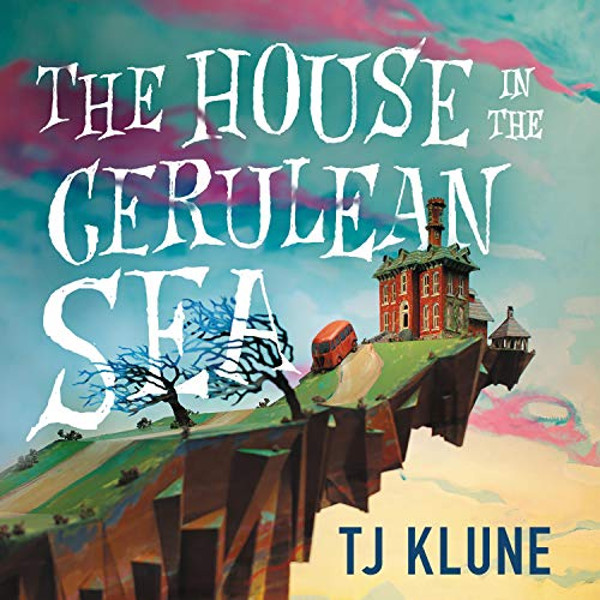 A Review by Beth Ryan Aitken

As I picked books for this column, I have tried to include different styles and genres. A political thriller, a memoir, a historical fiction, along with offerings from two local authors. This month’s book is different altogether. And while I’m not sure how I would categorize it, it is one of the most uplifting and whimsical books I have read in a long time. In these days of so many troubles, it was a wonderful escape. I don’t read fantasy fiction. It is just not my genre. Not even Harry Potter. This book, however, caught my interest at the very start and I could not put it down.

The House By The Cerulean Sea by TJ Klune is a modern fairy tale, ostensibly written for the Young Adult market. However, this book has become very popular with adult readers as well. The main character, Linus, is a low-level bureaucrat in the Department of Magical Children. Klune’s description of the bureaucracy is classic. Rows and rows of workers in cubicles following specific protocol and regulations, all determined by Extremely Upper Management. As a case worker, Linus is tasked with ensuring the safety and protection of part human, part ‘other’ children, filling out requisite forms and reporting back to his supervisor. Linus is given a special month-long assignment to an island orphanage housing very special, potentially dangerous, magical children. These include Talia, a gnome, Theodore, a wyvern, Phee, a sprite, Chauncey, a most adorable somewhat shapeless blob, and Lucy, a mischievous six-year-old boy who seems to have been fathered by Lucifer.

Arriving on the island, Linus meets Ms Zoe Chappelwhite, a sprite who owns the island, and Mr Arthur Parnassus, the man who runs the orphanage and cares for the children. Linus is introduced to the daily lives of the children, beginning to see their special qualities as well as their troubling behaviour. I found myself swept up by their individual charms, naughtiness included. For example, Chauncey, who has been told so often that he is a monster that he surreptitiously hides under Linus’s bed. Chauncey, who wants so badly to be a bellhop, like a character he once saw in a movie, agrees not to hide if Linus lets him carry his bags. As they slowly become friends, Arthur shows Linus their routines and daily activities. Linus begins to lose himself to the rhythm of life on the island, foregoing the aloofness and formality he feels his position calls for. For the first time in his bureaucratic career, Linus allows himself to get involved.

After some wonderful adventures and sufficient conflict, the story wraps up in a lovely heartwarming conclusion. But in this happily ever after, I found so much insight and relevance. The story definitely speaks to the ‘other’ in our society. The marginalized, the immigrants, the people of colour, the ones shuffled aside for differences, no matter how small. In Linus, we see the difference one person can make by taking a stand. Getting to know the Magical Children, we see the opportunity to accept and even embrace those who are different from us. In this time of so much social division, that reminder is refreshing. Something we could do with more often.