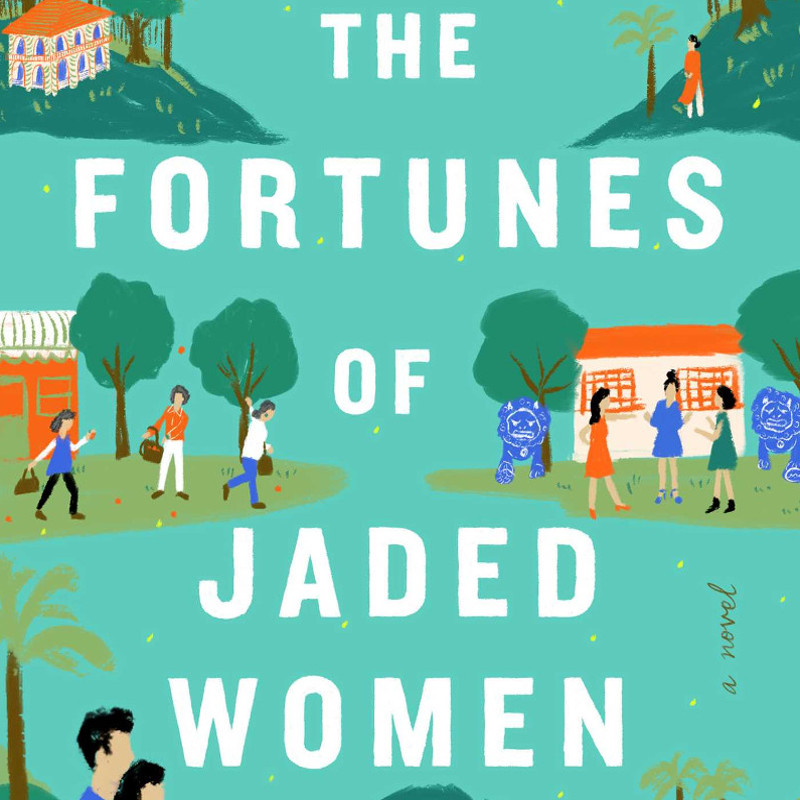 Every now and then I find myself craving something ‘light’ to read. A book that would still open my eyes to something new, while not opening up the wounds of the world or demanding too very much of my brain power. Not total escapism, but a little bit! The Fortunes of Jaded Women, by Carolyn Huynh, fit the bill this month. Primarily set in the Los Angeles neighbourhood called Little Saigon, it is the story of a Vietnamese American family, once cursed by a witch in old Vietnam, now seeking to reunite following advice from a psychic. Three sisters and their daughters, estranged yet interconnected, drawn together by loyalty, antagonism, and a fondness for fake Louis Vuitton purses.

Early in the story, we learn of the curse placed on the sisters’ ancestor, a woman named Oahn who risked everything for a life with her true love. Oahn was cursed by her former mother-in-law, as were all her descendents. There would be no sons born to the family, only daughters. In their traditions, only sons could invite the spirits of the departed into their ancestral home. Without sons, the spirits would wander for eternity.

Jumping to the present time, we find the oldest sister, Mai, making a return visit to a trusted psychic. She is wracked with concern about her three adult daughters. She is suffering from a ten-year estrangement from her mother. But when the psychic gives her an expected but bold prediction, it begins a chain of events to reunite Mai with her sisters as well as their mother. There are a lot of characters in this book: the three sisters, their mother, and all of their daughters. Oh, and the fourth sister (a half-sister) who adds another element of conflict and drama.

The humour in the book is abundant, and as ever present as the fake Louis Vuitton bags. The way the sisters speak to one another will resonate with anyone who has grown up with sibling rivalry. When the sisters meet up at a café to discuss what Mai has learned from the psychic, their discussion dissolves into an all-out screaming match, complete with flying fruit! In another example, one of the daughters is a dermatologist, who has as a client a well-known Asian actor. Every time the daughter’s name comes up in discussion, her mother points out “She is John Cho’s dermatologist!”

The author uses a multi-narrative approach, telling stories from the voices of many different characters. I appreciated the family tree diagram in the beginning to help me keep track of who is who, because there are a lot of characters. Sisters, daughters, cousins, husbands, boyfriends. It is about generations of women, living their lives with and without each other. This added to the richness of the story for me, reading about the customs and relationships in the Vietnamese American culture. Even the title of the book is a ‘double entendre’. They are called “jaded women” for the stones in their jewellery as well as their twisted outlook on life.

This book was everything I wanted it to be. I loved how the curse is resolved in the end. It is hopeful and humorous, even a bit mysterious. The book is an easy read, very funny at times and heartfelt at others. It took me outside myself for a few hours, which is a vacation in itself.