On My Bookshelf: Our Missing Hearts by Celeste Ng 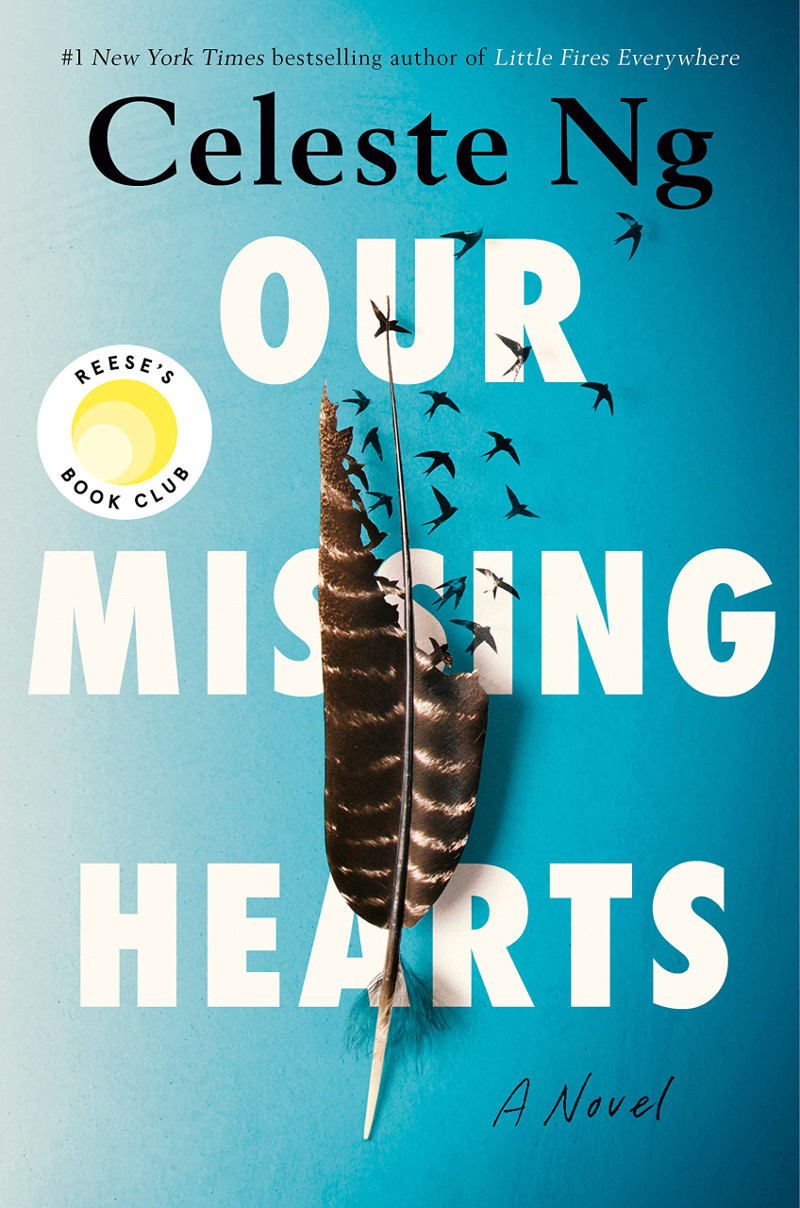 I wrapped up the Christmas holidays this year reading Our Missing Hearts by Celeste Ng. I was expecting something similar to Little Fires Everywhere, her blockbuster second novel that was made into a popular TV series by Reese Witherspoon’s production company. That book was set in contemporary upscale suburban America, a family drama exploring society and privilege.

This book is set in a dystopian future America. The America of this book is governed by laws designed to preserve and enforce traditional American culture, put in place after ten years of upheaval and violence. It is so strict that children will be removed from their homes if the state has decided their parents are dissidents. China is the enemy and people of Chinese ancestry are targeted with hatred and random violence.

The central character is a 12-year-old boy, Noah Gardner, nicknamed Bird. He lives with his very protective father Ethan. Bird’s mother is a prominent Chinese-American poet, Margaret Miu, whose poem Our Missing Hearts has become a rally cry for protestors. Margaret left Ethan and Bird three years ago. Ethan encourages his son to disavow his mother and adhere to the strict code of conduct, especially since Bird is half Chinese-American. But the boy misses his mother terribly and is wounded by her absence. A mysterious clue arrives in the form of a letter to Bird, which sets him on a quest. To say more than this would give away too much of the story.

And this story is a page turner. There is a best friend, Sadie, who convinces Bird his mother is an integral part of the resistance movement. There is a network of librarians who, despite rampant banning of books, manage to set up an underground communication system. There are the heartbreaking stories Margaret gleans from parents whose children have been taken and disappeared. There is an ever-present feeling of big government watching and judging and waiting to punish. There is a duality of tragedy and hope. The tragedy is the removal of children from their parents and the destruction of families. The hope is seeing even the smallest action from the resistance movement and the courage of the children themselves. It is not a huge leap to envision the America presented in this novel. (Think of migrant children forcibly separated from their parents at the southern American borders. Think of Donald Trump’s anti-Chinese rhetoric.)

I was very moved by the portrayal of the love both of Bird’s parents have for him, each making life-changing sacrifices for his well-being. Ng leads us to this awareness gently over the course of the story, with great compassion. My initial impression of both of these characters changed as I got further into the story. Ng’s skillful writing pulled me along to her vision of the world. Her prose style in this book is lyrical, flows easily and I find easy to read. There are only a half dozen or so characters, yet the story is very wide ranging. As I said at the beginning, quite a switch from her earlier novels. I, for one, am hoping future works continue on this path.