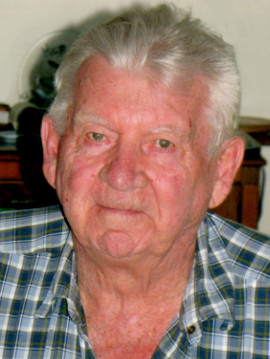 Passed away at The Meaford Long Term Care Centre on  Monday, February 15, 2016, Harold Leonard McNally in his 84th year.

Survived by one sister, Aileen Baker and one brother, Art (Jean).  Predeceased by brother-in-law, Lavergne Baker and sister-in-law, Loretta.

In lieu of flowers, donations to the Canadian Cancer Society, Meaford Hospital Foundation or the Meaford Nursing Home Auxiliary would be appreciated.

Messages of condolence can be sent to gwfh@bmts.com