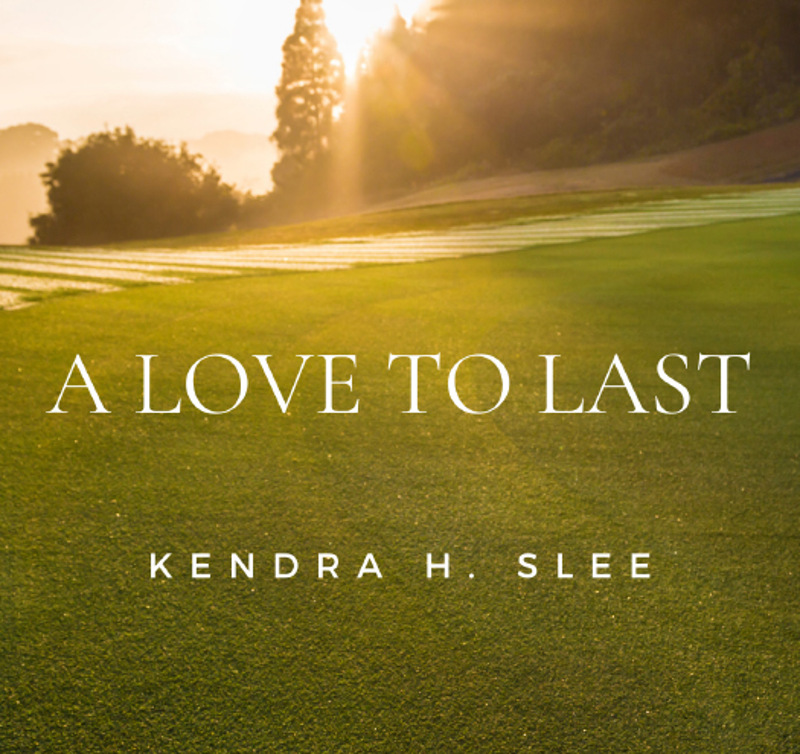 Former Meaford resident, Georgian Bay Community School teacher and a contributor to The Meaford Independent, Kendra Slee chose Meaford as the setting for her debut novel, A Love To Last. While she no longer lives in Meaford, she thought the memorable sunsets, picturesque harbour, and friendly downtown core was just what she needed for her romance novel.

The story begins as Madison, the central character, arrives at the Middleton Golf Club to begin her new job as a groundskeeper. Madison brings not only a wealth of experience in grounds maintenance, but also a suitcase of emotional baggage. She has left her family and previous job in Mississauga to try to escape a tragedy that haunts her. She is determined to keep to herself, keep her light under a bushel and not let on to others the extent of her experience or her golf skills. As she settles into her new role, she routinely turns down friendly offers from her chummy amicable co-workers. Especially Jake, the unofficial second-in-charge of the maintenance crew. He eventually wears her down and she begins to enjoy both her new life and her new friendship with Jake.

The Golf Club setting plays a major role in the setting. Slee uses her knowledge of greens maintenance well to engage the reader in the work required to keep those links looking as good as they do. She also likes the idea of portraying a woman in a male-dominated field. The technical references to certain cutting machines and equipment has me Googling images to see what they were like.

The novel moves along well, with enough conflict and drama to hold the reader’s interest. Unlike many romance novels, it doesn’t seem to fall into the trap of being too flowery, nor is it ‘bodice ripper’. The characters Madison and Jake, as well as the supporting cast, are well developed, believable people. Just when the these two seem to be headed towards Happily Ever After, conflict caused by Jake’s former fiancé and Madison’s insecurities threatens to tear them apart. But as with any good romance novel, they work their way though their troubles and realize they want to be together. I liked that the novel ended where it did, rather than rushing them off to the wedding chapel in the sunset.

Meaford is well represented in the story, although a few details are a bit mixed up. (Like the description of the Leeky Canoe in a large old mansion with a sprawling parking lot in front.)

It is an enjoyable easy read, with a credible story that moves along at a good pace. It reminded me of a great book to sit on the beach and read on a warm summer day, or in front of a fireplace on a blustery January day.

At the moment, Slee says that signed copies of the book are available at Maggie and Dix retail store at 90 Sykes Street and she hopes for a wider availability, including the Meaford library, soon.