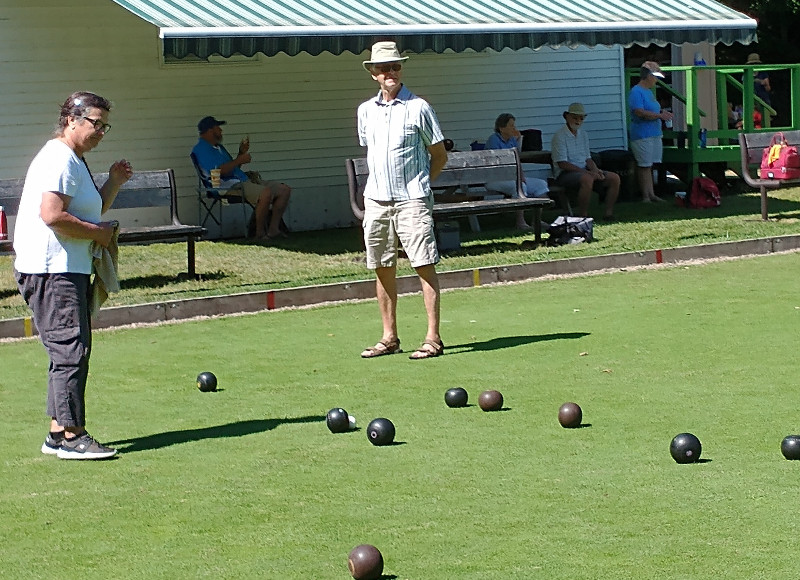 Not only is lawn bowling up and running this summer, but the club has been able to hold an ‘in house’ tournament.

On a sunny September first, with a cool breeze off the bay, 18 bowlers played three six-end games to determine a winner. Lawn bowling can be played as singles, doubles, and trebles and with men only, women only, and mixed. Wednesday’s tournament was mixed trebles with each of the three team members throwing three bowls.

Brad Tichbourne skipped the winning team with Lynne Lundberg as vice and Gladys Williams, lead. They won all three games.

The tournament trophy was sponsored by the Grierson family in memory of the late Jim Grierson, a long-time club member. In addition to her role as scorekeeper, Joan Grierson made the presentations on behalf of her family.

Now that September has arrived, evening lawn bowling sessions are cancelled, and bowling will be available on Monday and Wednesday at 1 p.m. If anyone is interested in some fun outdoors, it’s not too late to get started.