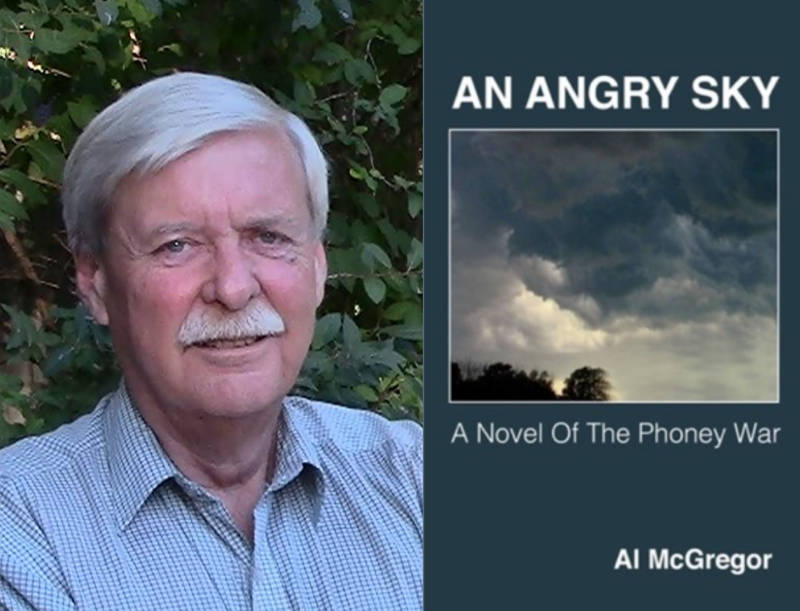 The event will be a virtual book talk, through Zoom, held on Wednesday, April 7, at 2 p.m. McGregor will discuss his most recent book, An Angry Sky, a Novel of the Phoney War.

The novel is set in the period from 1939 to early 1942, a time of threats, secrets and the faint hope for a negotiated peace. The scenes shift from wartime London, to France and the United States, but the book has a decided emphasis on the Canadian experience, from the creation of the British Commonwealth Air Training Program, to the tense political climate and the uncertainty of the early days of World War Two.

“Much of the background story is now almost forgotten or overshadowed by the other events of the 1940s,” said McGregor.

Autographed copies of the book are available to purchase at the Meaford Public Library in advance of the book talk on April 7.

An Angry Sky is McGregor’s fourth venture into historical fiction. His first book, A Porous Border explored the Canadian experience in the American Civil War. To Build a Northern Nation dealt with the Fenian Invasion and the final drive for Confederation, while 1917 centred on a key year of World War One.

McGregor is a former television news anchor, producer, and reporter with over thirty years of experience at radio and television stations across the province. If the name or face seem familiar, the broadcasts from London in the ’90s were carried into mid-western Ontario through CKNX-TV. His company, Al McGregor Communications, also produced a series of education documentaries again with a focus on Southern Ontario History.

For more information about the book talk with Al McGregor and other events, call 519-538-3500 or email libraryinfo@meaford.ca.