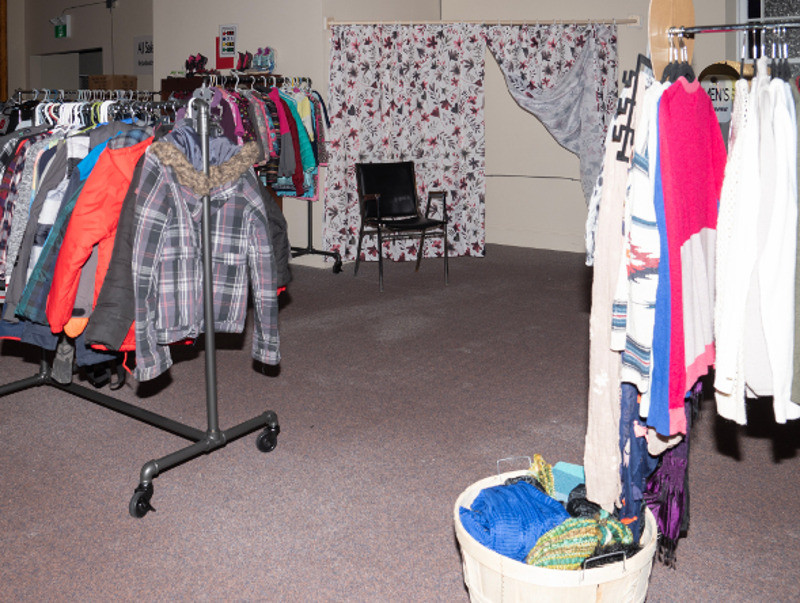 The Kiwanis Cub of Meaford has disbanded after five decades of service to the community and its children. The club’s legacy lies with the hundreds of children who benefited from sports, recreation, music, scholarship, nutrition, health, and shelter programs funded by the Kiwanis locally and internationally, as well as the much-needed Midas Mart thrift shop that the Meaford club operated for the past three decades.

The name Kiwanis stems from the Indigenous word Nune Kee-wanis meaning we share our talents, according to Helen Hume, a long-term Kiwanis member in her historical account The Meaford Kiwanis Club: 40th Anniversary, March 17, 1973 to March 17, 2013. ”Kiwanians are volunteers dedicated to changing the work one community and one child at a time,” she wrote. “Kiwanis members help shelter the homeless, feed the hungry, mentor the disadvantaged and care for the sick. [They] help develop youth as leaders, build playgrounds, raise funds for pediatric research and much more.”

It was his experience working along side his father in the Kiwanis thrift shop that convinced Randy Breadner, the last Kiwanis member to serve as club president, to pledge his service to the club.

“The decision to disband was not an easy one,” he said. “Unfortunately we did not have the membership to carry on. My father, Gord Breadner, was a Kiwanis member for 30 years. He got me involved. I worked at Midas Mart with Dad on the fourth Saturday of each month and I decided I might as well join the club. I met a lot of great people of all ages. It was awesome. It made me feel good to do good for other people.”

Midas Mart was one of the Kiwanis Club’s main fundraisers. The Rotary Club of Meaford has taken on the task of operating a thrift shop, a new expanded version of Midas Mart, in a new location that promises to accommodate both a used clothing outlet and a variety of community services under one roof. The Rotary thrift shop opened on December 12 in the former Church of Nazarene on Trowbridge Street.

Since disbanding in the summer of 2022, the Meaford Kiwanis Club has dispersed the last of the club’s funds to six local organizations – the Georgian Bay Community School backpack program, the Rotary Club of Meaford, the Meaford Food Bank, the Meaford Figure Skating Club, Georgian Shores minor hockey, and the WAVES program.

An early morning chat a year and a half ago between two dedicated service club members, one a Rotarian, the other a Kiwanian, planted the seed for what today is an expanded version of the former Midas Mart. The Meaford Kiwanis Club operated a thrift shop in the Meaford Market Square for approaching three decades beginning in 1993, but reluctantly closed the shop when the club’s membership dwindled and the executive prepared to disband the club and disperse the balance of its accounts to local organizations.

When Rotarian Shirley Keaveney stopped on her regular morning walk to chat with Kiwanian Helen Hume, the conversation got round to Midas Mart. Hume feared that when the Kiwanis closed Midas Mart, the community would be left without a much-needed service. Keaveney broached the subject with her fellow Rotarians and asked: What can the Rotary Club do to meet the need in the community for affordable used clothing. “The club agreed to set up a thrift shop but finding a location downtown that was large enough and affordable was not an easy task,” Keaveney said. “When the Church of Nazarene fell into our laps, things started to happen quickly. We hired Kim Ware as manager, pulled together our team of volunteers, started to bring in donations of clothing, and opened on December 12.”

The Rotary Club currently leases the main floor of the church. the Food Bank leases the basement, and Grey Bruce Health Services uses a side office on the main floor. The club is currently fundraising to buy the building, at which time the club will formally rename the building Rotary House. The Food Bank will continue to lease the basement and the Rotary Club will expand the range of services that can be accommodated. Both the Food Bank and the thrift shop are wheelchair accessible.

The number of donated items is growing steadily everyday. The thrift shop now offers a variety of men’s, women’s, and children’s clothing, and accessories that are sorted and displayed by category and size, from women’s cruise apparel and activewear, to boutique items, prom dresses and formal wear, and footwear, “most priced at two dollars, some five, some one dollar, and some brand items, and some brand-new, never worn,” Keaveney said. “We want to appeal to everyone.”

“The donations have been clean, good quality items. Anything we cannot use we give to the Diabetes Society or bundle them up for crafts.”

A crew of 40-50 volunteers, many of whom are former Midas Mart volunteers, have diligently worked alongside Kim Ware as only Meaford volunteers can, according to Keaveney. “Meaford is a unique community. People volunteer. They show up, they work hard, and do whatever is asked of them. They are really committed.”