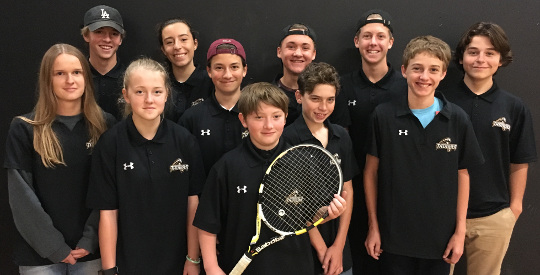 The team's victory was based on point accumulation for each entry category. First place finishes by singles champion Nolan Smith, the boys doubles team of Mattie Metzger and Jack Hayward, and strong finishes by the rest of the team helped clinch the victory.