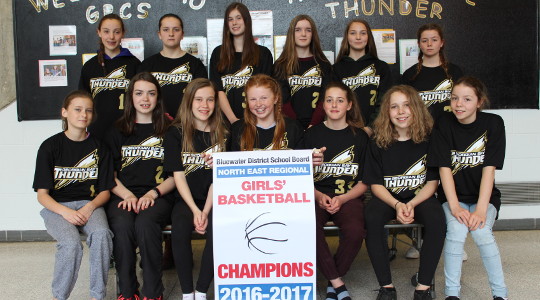 The team went undefeated in round robin competition, and won in the semi-final match to play Holland Chatsworth in the final. After a close game the girls' team edged out its opponent to capture the 2016/2017 championship.

“Congrats to all of the players for working so hard this season,” said GBCS teacher Amy Teed-Acres.