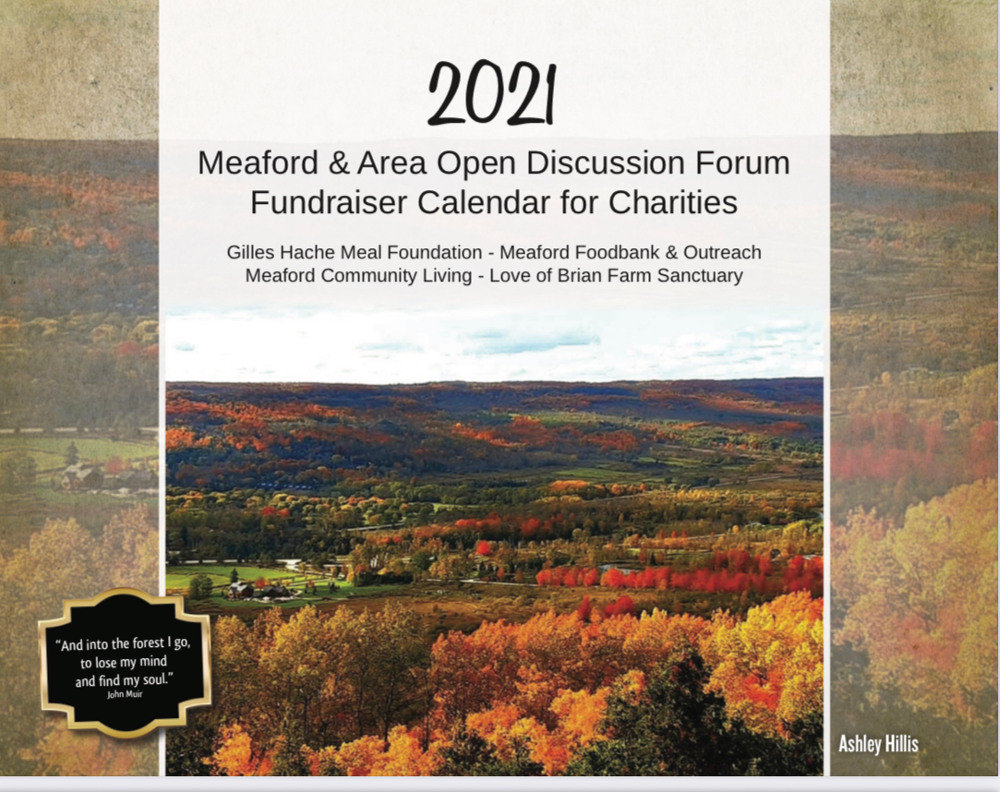 A new calendar for 2021 featuring photographs taken in the Municipality of Meaford is the result of a group effort that was born on social media.

For nearly three years, Meaford resident Christina Brodie had administered a Facebook page called Meaford and Area Open Discussion Group, which has become a popular spot for local residents to discuss news, events, and issues in the Municipality of Meaford. The group has grown to nearly 1,000 members.

After adding a photo album this year for members to share photos taken in the municipality, Brodie decided that a fundraising calendar could be created with member contributions.

“Meaford and Area Open Discussion Group is a group I started almost three years ago. It’s a place for people to just chat about the goings-on in the area, the good and the bad,” Brodie told The Independent. “This year I had added an album to the group for them just to post photos of the fun they’re having around the area. I then had an idea to see if people would be interested in submitting their photos of Meaford and surrounding area, to possibly get a fundraiser calendar together.”

Brodie says that members of the social media discussion group were enthusiastic about the idea, and 189 photos were submitted for the 12-month calendar.

“Members also decided that they would like quotes and motivational sayings put on each month of the calendar which they submitted as well. The photos and the quotes were voted on by members of the group; the vote took place between mid-October to the end of the first week in in November,” Brodie explained.

The charities that will receive the proceeds from sales of the calendar were also decided as a group.

“In the middle of October the members submitted 15 different charities that they would like to have votes on, and we chose the top to four charities that our fundraiser proceeds would go to,” said Brodie.

The charities that will be receiving donations from this fundraiser are: Gilles Haché meal foundation, Meaford Food Bank, Meaford Community Living, and Love of Brian Farm Sanctuary.

An initial order of 250 calendars has been selling quickly, and Brodie says that if they sell out she will order more. She is hopeful that the fundraiser will generate more than $1,000 for each of the four organizations.

The calendars cost $20, and they can be purchased in cash at the following locations: Chez Gilles Fine Dining and Catering, Dairy Queen, Czech It Out Antiques, and Jewel FM.

Calendars can also be purchased by email, with payment made by e-transfer at meafordandareaodf@gmail.com.