The house across the road from you has recently sold, you haven't met your new neighbours, but you've seen some contractor vehicles parked outside, and you assume that the new property owner is doing some renovations before moving in. A few weeks later there are four cars in the driveway, the next week three different cars, and the following weekend a dozen vehicles spilling out of the driveway and onto your road, music is blaring, and the nice house across the road has turned into a party house. Welcome to Airbnb.

Not all short-term rental properties become party houses of course, but they all have the potential to do so; all it takes is just one bad booking, and an entire neighbourhood can find itself frustrated.

Meaford's council is well aware of this growing issue, but their challenge is to decide just what to do about it, and how much of our limited tax dollars should be dedicated to it.

Part of the challenge facing council is that at present short-term rentals aren't causing many issues in the municipality. With just 49 identified listings on Airbnb and Vrbo in January, compared to some neighbouring municipalities with 150 or more listings, and with just seven formal complaints made in the past two years, we don't yet have the same issues that some municipalities have experienced, making it difficult for council to justify a large expenditure at this point to travel down the road of establishing a licencing program.

While the current data might suggest that there is little or no problem at all, that doesn't ease the frustration for those who have been dealing with short-term rental properties in their neighbourhoods. Council has heard directly from residents who have taken the time to attend council in order to share their experiences with short-term rental properties and the havoc that has been created in previously quiet neighbourhoods.

It is quite fair to argue that with the small number of short-term rentals, and relatively few complaints, Meaford can't justify the resources that would be required in order to establish a licencing system, but it is also fair to argue that if you invest in such a system now, it could avoid problems in the future – a common catch-22 for small town councils.

Meaford's CAO pointed to our neighbours, the Town of The Blue Mountains, who had experienced significant issues due to short-term rentals: they implemented a licencing system that requires the equivalent of three full time positions in order to manage that system. In a municipality where the number of municipal employees is regularly called into question, the prospect of adding more staff for an issue that at this point encompasses just a small number of properties and just a few complaints per year is daunting.

During Monday's discussion at council it was clear that there are two camps – those that feel something should be done right now, and those that feel Meaford should wait to see if the problem grows to a point that municipal regulations are without doubt required.

Neither camp is wrong necessarily, unless of course you are currently living beside a troublesome short-term rental property.

It can be very easy to suggest that Meaford start licencing and inspecting short-term rental properties, but along with it comes enforcement, and as a small town, Meaford's tiny bylaw enforcement department is already stretched thin with hundreds of complaints to field each and every year. If Meaford were to head down the road of licencing short-term rental properties, we would also need to bolster our bylaw enforcement staff, which adds to the cost.

As with many other issues, there really isn't a problem until one bad apple spoils the bunch, another frustration when trying to determine the appropriate course for the municipality to take, as most short-term rental properties are unlikely to ever cause any problems at all, but again, it only takes one bad booking for things to go poorly.

I can appreciate both a cautious approach and a very proactive approach to this issue, and there are good arguments to be made for either, but my gut tells me that this isn't an issue that is likely to go away; in fact it is entirely likely to grow, and sometimes, though it might be unpopular with ratepayers, a municipality needs to invest in new policies and procedures in order to prevent larger problems down the road. This is likely one of those issues that we would be better to get ahead of rather than wait until the need is glaring – as my grandmother used to say, 'a stitch in time saves nine'.

Council will revisit this issue in the months to come, and I have no doubt that at some point their hand will be forced to implement some sort of licencing system, and it will be costly.

If you have had a negative (or positive) experience with a short-term rental property in your neighbourhood, I would like to hear from you. Send me an email at editor@themeafordindependent.ca 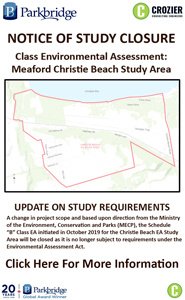