After a long chilly winter, it's been nice to see some occasional bursts of sunshine and slowly rising temperatures in recent weeks. Now that April has arrived, most of the snow is gone (or was until this past weekend), the birds are chirping, and the first dashes of colourful spring blooms have begun to show themselves – and that means it's time for the annual Memorial Park Earth Week clean-up, hosted by the Friends of Memorial Park and The Meaford Independent.

This year is the 10th anniversary of the annual clean-up of the park, and there will be music and other surprises to celebrate the occasion.

It can be easy to forget just how messy we are, when for several months everything is covered in a thick layer of snow, but the spring melt shines a bright light on our terrible addiction to generating waste, and our apparent disdain for trash bins by enough of us to make the early days of April an ugly mess indeed.

Our waterside parks, with their sandy beaches, lush grass, shady trees, and beautiful views are certainly not immune from the seemingly insatiable need for humans to make a mess.

Memorial Park is not just a beautiful place to relax, it is also one of the few municipally-owned and -operated facilities that actually pays for itself, and it greets and hosts visitors from far and wide, so the better it looks and the cleaner it is, the more attractive it is to campers.

The first two Earth Day clean-ups at the park attracted a dozen or so volunteers, who spread out across the park with trash bags in their work-gloved hands to collect the trash that others had left behind. The piles of trash collected in those early clean-ups were large, and some of what was found by the volunteers was cause for some head-scratching.

In the last few years, the clean-up event has become more of a social gathering – attracting some 50 volunteers – than a dirty, labour-intensive clean-up. You might think that 50 volunteers are going to gather far more trash, from a wider area, than a dozen volunteers, however the previous years of cleaning up the park on Earth Day have meant that, while a modest pile of trash bags accumulates throughout the day, gone are the mountain-sized piles of trash, and also gone are the home furnishings and appliances.

This year's clean-up will be held on Sunday, April 28 from 1:00 until 3:00 in the afternoon (weather permitting). Given that in each of the years that we've held this event we've seen less and less trash to be collected throughout the park, in addition to scouring the forest and the beaches for discarded fast food containers and other refuse, the volunteers will once again be on the hunt for invasive species like Garlic Mustard to pull and discard.

If you've joined us for the previous Earth Day clean-ups at Memorial Park, we look forward to seeing you again. If you haven't, we'd love for you to come out, enjoy the fresh air, and help take care of a gem of a park. All you have to bring along are some gloves and a smile.

If it happens to be raining, stay home and dry, we'll postpone the clean-up until the big community wide clean-up date of Saturday, May 4.

We look forward to seeing you there! 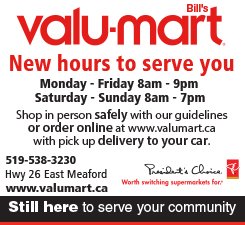 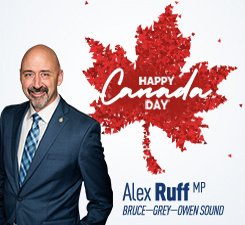