Cuts to Capital Budgets a Double-Edged Sword For Council 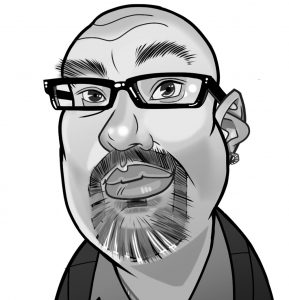 Last week I shared some of my thoughts on Council’s first day of budget deliberations for 2021, which focused on the operating budgets. This week we will take a look at day two of those deliberations which reviewed the 2021 draft capital budgets where Council did find some areas to cut, as they attempt to reduce the 8.7 percent in additional funding required by the draft budgets presented to council last month.

After Council declined to propose any cuts to service levels in the operating budgets on day one of their deliberations, it was clear that Council was counting on the capital budgets to find cost savings that could reduce the required rate increase in 2021.

Capital budgets are an easy target for those wanting to find areas to cut in order to bring a municipal budget in line, however as I mentioned last week, this approach can be a double-edged sword for municipal councils.

The capital budgets are where the true needs of the municipality are funded. From roads and bridges to municipal facilities, to those expensive snow plows and fire vehicles. Anyone who has ever delved into the long range capital funding documents is well aware of Meaford’s infrastructure funding deficit. Like most every other municipality in the province, Meaford has many tens of millions of dollars in infrastructure needs, and many of the projects identified in capital budgets are already many years behind when they should have been addressed, and cutting projects in order to reel in this coming year’s required rate increase doesn’t make those needs go away, it simply pushes addressing those needs into the future.

For example, on day two of their budget deliberations, Council agreed to scrap a planned parking lot resurfacing project at the arena. That move does save $201,000 on the 2021 budget, and it does reduce the required rate increase for next year slightly, however that parking lot is in horrible shape, and while we can cross our fingers that Council will include the project in the 2022 budget, in the interim that parking lot will continue to crumble, and next year Council might balk at the request again.

Council found some other areas to cut on day two of their deliberations. They agreed to reduce the proposed $100,000 for the Fire Apparatus Reserve fund to just $40,000, which does save $60,000, however it does mean that there is less set aside for Meaford’s eventual need for new fire vehicles, particularly a new aerial truck that will be needed in a few years at an estimated cost of some $1.2 million.

So while it is perfectly within any council’s right to carve away at the capital budget in order to have a more palatable rate increase next year, they do so at their own peril.

A number of times during this budget season, staff has advised that, in order to find the savings they are looking for, Council should be looking at cutting or reducing service levels. Staff offers this advice to Council knowing full well that any reduction in service levels is almost certainly going to mean a reduction in staff.

Making cuts to services requires asking some uncomfortable questions about what services ratepayers expect, and what they could potentially do without. Thus far in the budget process, only Councillor Steve Bartley has seemed willing to raise some of those important and uncomfortable questions but the remainder of Council has been clearly unwilling to engage in such conversations.

Bartley for example asked his fellow council members if they should have a discussion about whether the municipality should be operating a public swimming pool. Meaford’s Blue Dolphin pool is more than a half century old, and is in dire need of a significant investment in order to replace the pool and to bring the facility up to modern day standards. No other council members were willing to engage in that conversation.

On another occasion, Bartley asked if this municipality should be in the business of operating a museum, another money-losing, aged facility that is in need of capital investment next year and beyond. Again, no other members of council were willing to entertain the conversation.

Meaford’s Treasurer has noted in the past that there are more than a dozen ice surfaces within a half hour’s drive of Meaford, and he has asked if Meaford should be in the arena business, particularly given a required investment of nearly $5 million in the not so distant future in order to breath new life into the old arena.

I’m not suggesting that Meaford should close its museum, or the public pool, or the arena, but I do suggest that the conversations need to happen, and we need to get real about our true needs versus our wants, and we need to ask ourselves if we are living beyond our means as staff have suggested to Council on numerous occasions.

With the cuts they have proposed thus far, Council has managed to reduce the required rate increase in 2021 from 8.7 percent to 5.14 percent, but they are not done yet. Several members of Council have indicated that they want to see that required increase reduced further. At their November 30 meeting Council will engage in more discussion, and they will no doubt make more changes to the draft budget.

Nothing Council has decided thus far is etched in stone, and all current decisions are subject to change before a revised budget is put before the public at the December 14 statutory meeting, with Council expected to give final approval to the 2021 budgets at their January 11 meeting.