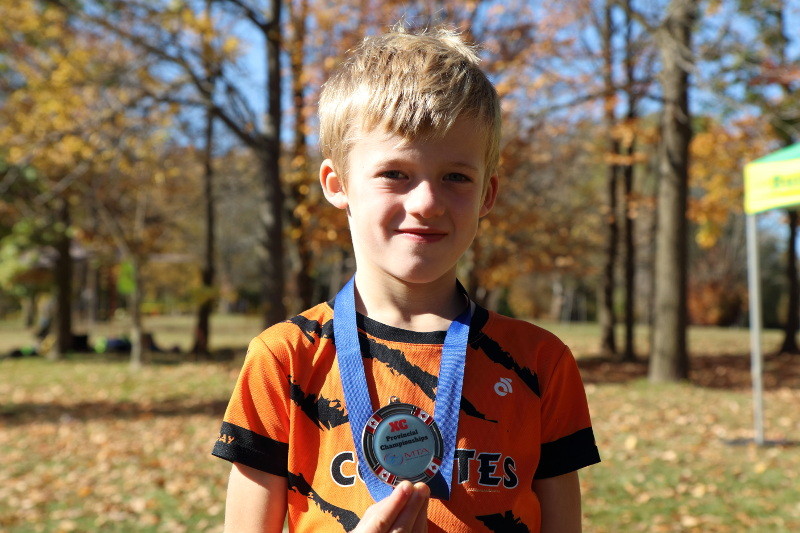 In August 2010, a small group of local runners gathered under the guidance of running coaches Kevin and Shelley Hooper. Their goal was to provide quality coaching and training for middle and long-distance runners and to help them achieve their personal best in a positive and uplifting environment.

Within a year the club exploded to over 40 runners and has continued for the past 12 years to be recognized as one of the top middle distance and distance track clubs in Ontario, consistently bringing home local, provincial, and national medals as well. Despite the retirement of Kevin and Shelley in 2020, the club has continued to succeed throughout the pandemic under new head coach Steve Leary, who began coaching with the team in the spring of 2016.

One of the key focus areas of the team’s success is promoting team spirit, acceptance of all athletes at all levels, and celebrating the countless personal best performances that athletes achieve each year. For the past twelve years the coaching staff has tracked every achievement from their athletes and this fall the club is celebrating a huge milestone and accomplishment, as one of its younger runners, Ellis Goodman, has brought home the team’s 100th Minor Track Associations individual Provincial championship medal.

Ellis captured a silver in the Peewee boys race to win his first Provincial Championship medal and the 100th for the club. He joined the club this summer, as his older brother Tobin was already training and running with the team, and has himself already captured two championship medals after his bronze medal in the Mite boys race.

In Niagara Falls on the weekend of October 29, the team was able to win an impressive five individual Provincial championship medals, the most the team has ever won at a single Cross-Country championship meet, and was the third place team overall behind the Glen Manor Track Club from Scarborough and the Durham Dragons from Durham region, the east end of the Greater Toronto Area.

After the Niagara Falls’s championship meet, the Georgian Bay Coyote athletes have managed to win 104 individual Provincial championship medals and the coaching staff look forward to working with these young athletes to achieve the next 100 medals and countless more personal bests.

For more information about the team visit their website at www.georgianbaycoyotes.com