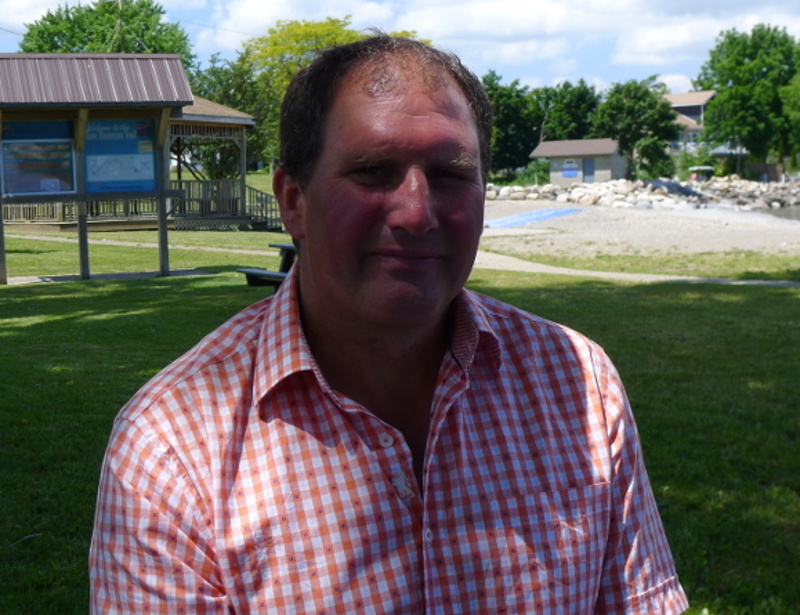 First term councillor Paul Vickers will run for mayor in October’s municipal election. Vickers formally announced his intentions to run for the mayor’s chair late last week, and in an interview with The Independent, Vickers said that he decided to run for mayor because he wants to be part of helping to guide Meaford’s growth in the coming years.

“I think right now, the municipality is at a great point, and I want to be part of it, I want to be one of the ones that takes a leadership role to further the municipality,” Vickers told The Independent. “There’s lots going on, there’s good development, people have discovered this part of the world.”

At 55, Paul Vickers is the youngest member of Meaford’s council, a busy dairy farmer and father of four. Prior to his council service, Vickers was elected to the board of directors for Gay Lea Foods when he was 35, serving on that board for 15 years. During his time on that board, he served as chair of the audit and governance committees, and was elected chairman for two years.

Vickers now has four years of council experience under his belt, and he is hoping to represent the municipality as mayor after October’s municipal election. Though a busy farmer, Vickers notes that his son has now graduated from the University of Guelph, and has joined the family dairy farm business, allowing Vickers more free time which he hopes to dedicate to mayoral duties after the election.

When asked what his priorities would be if elected mayor, Vickers noted a number of pressing issues, including unifying all parts of the municipality.

“To bring the rural and urban parts of the municipality together (is a priority),” he said. “It is something that I think we have done a better job of, but I think that, coming from the rural area, I have great connections in rural Meaford, and I also think I am accepted very well in the urban area, so I think I can be the bridge to keep bringing the municipality together.”

Vickers’s sole opponent thus far is Ross Kentner, also a first term councillor, who filed his nomination papers on May 2, the opening day of the nomination period. Asked what differentiates him from his sole opponent at this time, Vickers pointed to his agricultural background.

He noted that a surge of new development will bring new challenges and opportunities for the municipality, though he is particularly concerned about skyrocketing inflation that will negatively impact municipal budgets for at least the coming year, presenting a challenge for the next term of council.

The nomination period for this year’s municipal election opened on Monday, May 2, and candidates may file in person or by an agent in the Office of the Clerk between the hours of 8:30 a.m. and 4:30 p.m., Monday to Friday, excluding holidays, prior to the Nomination Day deadline (Friday August 19, 2022), and between 9 a.m. and 2 p.m. on Nomination Day. A prescribed fee in the amount of $200 for Mayor and $100 for all other candidates is payable by cash, debit, certified cheque, or money order. The endorsement of at least 25 persons must accompany the nomination form.