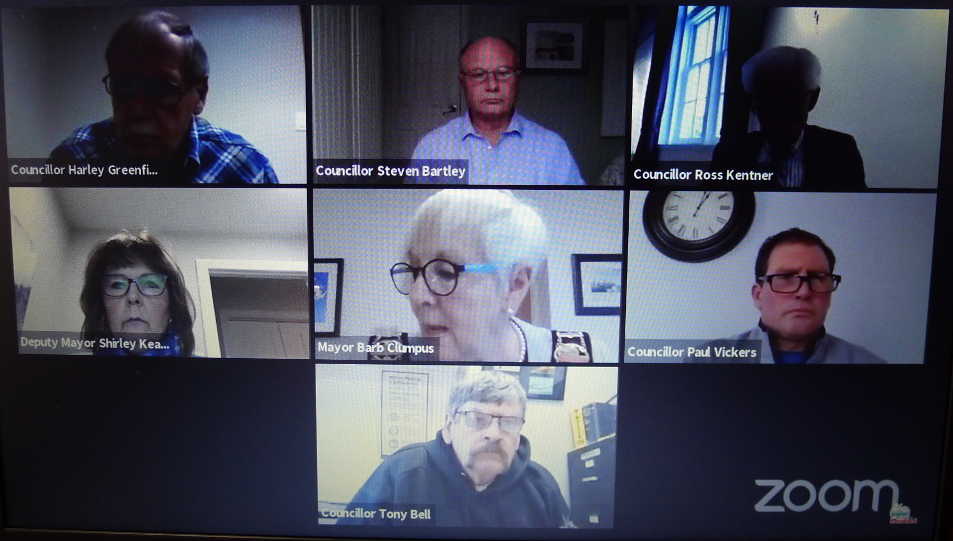 The long road to establishing the Municipality of Meaford’s 2021 budgets came to an end on Monday, January 11, when council voted in favour of approving the budgets during a virtual council meeting.

The 2021 budgets approved by Council include a tax levy increase of 3.43 percent (anticipated to be below 3 percent once blended with county and education rates). For the average residential property owner, the increase will amount to roughly $74 in 2021, or $6.17 per month. Users of Meaford’s water system will see their rates rise by 8.4 percent for water, and 8.56 percent for sewer services.

A capital budget of more than $7 million will fund a number of of projects, including more than 50 kilometres of granular road resurfacing, asphalt resurfacing on Grey Avenue, and Trowbridge Street East, as well as the replacement of Gillies Bridge.

“I am really pleased with the work that has been done to reach the end result for the 2021 budget that we have,” Mayor Barb Clumpus told The Independent after Monday’s meeting. “In October, Council gave the direction for no enhancements for this new budget, and so the increase of 8.7 percent we saw at the beginning of the process, while disturbing, was the actual increased cost of providing the same level of services to our residents that we did last year. Reaching the final number that was approved today was due to the thorough process of two days of intense scrutiny of each department to determine what could be delayed instead of the alternative option, which is to decrease service levels.”

The final draft of the 2021 budgets has been months in the making. After several weeks of preparation by staff, a draft framework for the 2021 budgets was approved by Council in September. In October, Council was presented with a draft budget that called for an 8.7 percent levy increase next year. In the weeks since, Council has worked to chip away at the budgets in order to reduce the required rate increase.

The impact of these items alone on the 2021 municipal budget is $564,150. With the annual increases to infrastructure funding of one percent for roads, one percent for bridges, and half a percent for municipal facilities, the original proposed 8.7 percent increase would have cost the average residential property owner an extra $188 in 2021, or $15.70 per month.

“This budget was a challenging process. Starting with an 8.7% increase and knowing that did not include any enhancements whatsoever was difficult,” Deputy Mayor Shirley Keaveney told The Independent. “We did manage to eliminate enough projects to lower the levy to 3.43%. This is still a lot in these times, the only solution I see is that Meaford has to grow, we need more of us to share the load. I believe as proposed housing developments come to fruition we will benefit from that broader tax base. That being said I am proud of the $4,016,575 in capital projects that are still included in this budget as well as our ongoing commitment to 1% for roads, 1% for bridges and .5% for facilities.”

While the Deputy Mayor supported the 2021 operating budget, she did not vote in favour of the user pay budget.

“I did not support the User Pay budget today, the 8.4% increase for water and 8.56% for wastewater is just too high. I understand why the proposed upgrades to the systems are necessary but the additional expense is going to be hard for our Meaford residents along with the tax increase,” Keaveney explained.

After two full days of budget deliberations on November 9 and 10, Council made some changes that would have seen the required rate increase in 2021 drop from 8.7 percent to roughly 5.14 percent. Some minor adjustments on November 30, along with factoring anticipated assessment growth in 2021, has seen the required increase decreased to 3.43 percent.

In their efforts to reduce the required rate increase in 2021, Council has directed staff to increase the cost of bag tags for trash disposal from $3 to $4, a move that will provide roughly $60,000 in increased revenue in 2021, and those savings will help offset the significant increase to the municipality’s waste management contract beginning next year.

Council also decided to reduce the proposed $100,000 funding to the Fire Apparatus Reserve to just $40,000, saving another $60,000. Savings were found in the capital budget for Lakeview Cemetery, with Council reducing the funding from two new columbarium niches to one, saving another $30,000, however that decision was reversed at Council’s November 30 meeting.

Council also opted not to fund a proposed parking lot resurfacing at the arena in 2021. The project will be pushed forward to the 2022 budget, saving $201,000 on the capital budget.

Council has also approved a paid parking pilot program for Meaford’s parks that will see non-residents pay to park at Meaford’s park. The pilot project is expected to generate roughly $60,000 in net revenue in 2021.

Council also approved a 1.4 percent cost of living increase for municipal staff in 2021.

Councillor Paul Vickers told The Independent that the budgets approved by Council on Monday are fair.

“I feel it is a fair budget for all the people in the Municipality. Some people feel we should not have any tax increases at all, but if we do that then we will fall into the trap that Council did a few years ago,” Vickers noted. “I was happy to see that towards the end of the process we brought a couple of items back into the budget that could cost us even more money down the road if they had not been included this year. The one issue that this council sometimes get caught in is adding cost to the budget part way through the year. When we set the budget we need to stick to it and not make exceptions to please special interest groups and lose sight of the larger picture. I have learned through the years that adding additional cost to projects can add up over time and have a negative impact in the future.”

Councillor Steve Bartley was also satisfied with the budgets approved on Monday.

“Without cutting services this is the best we could do,” Bartley told The Independent. “We will have a sub 3 percent budget increase (blended) while including 2.5% extra into roads and bridges. That is virtually a 0% increase. It would take the whole page to reiterate the necessity of infrastructure funding. We will be self funding of our infrastructure deficit soon.”

Like the Deputy Mayor, Councillor Ross Kentner was also not pleased with the increases to water and wastewater services in 2021.

“What I like best about the new budget is that we continue to aggressively tackle our infrastructure gap. The Municipality of Meaford is modernizing. And we also deliver a large, diverse suite of community services,” Kentner told The Independent. “My biggest disappointment is the major increases in water and sewer rates in urban Meaford. I understand rural residents probably have much larger cash outlays to establish and maintain their private systems. Nevertheless, I abstained from voting on these increases which is counted as a negative vote.”

Councillor Tony Bell had mixed thoughts on the budgets approved by council.

“The budget is the most important duty council works on. That said with the percentage increase that staff brought forward, I hope that our rate payers know or watched the two full days of in depth consideration we placed on every page and line,” Bell told The Independent. “Some increases are external and we incorporate and or work around them. I hear fairly regularly  that we should increase by inflation but in order to face the state of the infrastructure bridges and roads and our corporate assets we are 2.5% right out of the gate. Overall I am fairly  pleased this year but next year we will need to look at these increases  are sustainable and if not serious service levels and polices will be on the table. Our corporate assets /facilities is one area and I would support  a new staff review undertaken by an outside source.”

Councillor Harley Greenfield was unable to respond to questions from The Independent prior to press time.