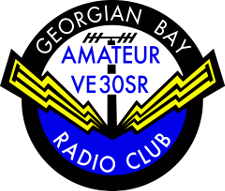 Despite the internet, cell phones, email and texting, every year whole regions find themselves in the dark. Natural disasters such as tornadoes, fires, floods, and storms leave people without the means to communicate.

When disaster strikes, the one consistent service that has never failed has been Amateur Radio. Amateur Radio operators, often called “hams”, provide backup communications for provincial and state Emergency Management Organizations, the Red Cross, Salvation Army and other agencies.

When trouble is brewing, Amateur Radio operators are often the first to provide rescuers with critical information and communications.

On the weekend of 28-29 June, your local “hams” will join with thousands of other Amateur Radio operators across North America in showing their emergency capabilities. The public will have a chance to meet and talk with local ham radio operators and see for themselves what the Amateur Radio Service is about, as hams across Canada and the USA will be holding public demonstrations of emergency communications abilities.

This annual event is called “Field Day”. Using only emergency power supplies, ham operators will construct emergency stations in parks, shopping malls, schools and backyards around the country. Their slogan, “When All Else Fails, Ham Radio Works” is more than just words to the hams, as they prove they can communicate without the use of phone systems, internet or any other infrastructure that can be compromised in a crisis. More than 40,000 Amateur Radio operators across the continent participated in last year’s event.

Amateur Radio is growing in Canada and worldwide. There are over 70,000 Amateur Radio licensees in Canada, and more than 3 million around the world. The national organization for Amateur Radio in Canada is Radio Amateurs of Canada (RAC). Through RAC’s Amateur Radio Emergency Service (ARES) program, ham volunteers provide emergency support communications for provincial and local emergency response agencies across the country.

In June, 2013 when the Alberta flood ravaged High River, communication lines overloaded and shut down, forcing emergency responders to rely solely on amateur radio. Volunteers manned the radios in shifts, delivering 24 hr. coverage for four days. More volunteers set up shop in other affected areas, including Calgary and Medicine Hat. Without their help, the situation in High River could have proved much more dire, said Kerry Atkinson, Edmonton’s emergency co-ordinator for the Amateur Radio Emergency Service.

When Hurricane Sandy hit the US in October 2012, Amateur Radio volunteers all along the eastern seaboard, and as far away as Ohio, were activated by state and local Emergency Management organizations to assist with communications. Over a four day period, dozens of hams provided 24 hr. coverage to support the response effort. Ham volunteers also provide non-emergency community services. Locally for example, the Georgian Bay Amateur Radio Club (GBARC) provides event communications for events such as the Terry Fox Run, the Bruce Peninsula Multi Sport Race, and the Blue Mountain Half Marathon.

So come, meet and talk with the hams. See what Amateur Radio can do. Try on-air communications for yourself. Learn how you can become an Amateur Radio operator – before the next disaster strikes!