The Trees of Meaford 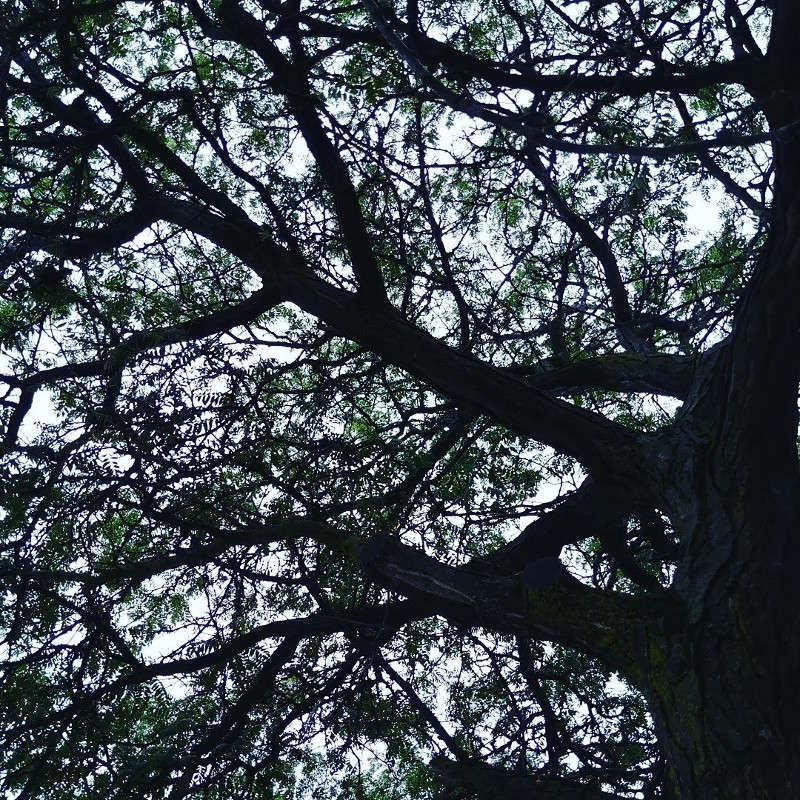 When I moved to Meaford about a year ago, one thing stood out right away. The trees seemed taller than any other place I had seen in Southern Ontario. Was it because of superior growing conditions? Was it the types of trees, or their age? Or was it just my imagination?

It wasn’t until I met Tobias Effinger that I began to unravel the mystery of Meaford’s trees. Tobias is a certified professional arborist and founder of Arboreal Tree Services, but he spends much of his free time as an educator, philanthropist, tourist of the world’s forests, and steward of his own forested land.

Tobias says that several factors can influence the height a tree can achieve. First is the genetic potential of each particular genus and species. In Meaford, our ‘backbone’ native tree is the sugar maple, which can potentially grow for four hundred years to heights of 100 feet or more. The age of a particular tree is another major height factor, of course, as well as nutrient availability and competition for sunlight with surrounding trees.

According to Tobias, some trees across southern Georgian Bay benefit from rich alluvial soils that are deposited by rivers such as the Bighead and Beaver. Away from these river courses, local subsoils are alkaline clay that limit the variety of trees that can grow. “That’s why trees are often more challenged to grow in the hills above Meaford than they are in the town itself,” Tobias reveals.

To gain perspective on Meaford’s trees today, it’s helpful to go back 180 years to the town’s founding. When the first European settlers began to arrive in the mid-1800s, they came by boat because overland routes were encumbered by dense forest. Meaford’s small original settlements of Peggy’s Landing and Stephenson’s Landing would probably have been hewn from old-growth stands of sugar maple, beech, and hemlock. This forest was imposing, with giant old trees rising to a dense canopy. The forest floor would have been hard to navigate with massive fallen trunks and their upturned root balls, as well as assorted undergrowth. One real danger for early settlers was getting lost in the forest—so towns resorted to using gun shots to guide workers through the trees and back to safety.

Under the terms of land grants, settlers were obliged to clear the property and establish residency. However, some of the largest old-growth maples had stumps seven feet or more in diameter—and there could be up to four of these trees per acre of land! To speed up the clearing process, fire was sometimes used because it was easier than cutting and also created nutrient-rich ash. However, as you can imagine, this technique didn’t always work to plan. Many of these ‘controlled burns’ got away and spawned major forest fires across southern Ontario.

Nevertheless, it’s a testament to our hard-working ancestors that local clearing was accomplished and a thriving town was established within a few decades. Plentiful timber around Meaford fuelled the growth of a wood products industry that helped expand the town and surrounding farms. By the 1880s, Meaford had developed a successful sawmill and two planing mills. Soon after, hardwood flooring became a major local manufacturing industry.

As our town rapidly industrialized, residential neighbourhoods needed to be built to house the factory workers and their families. Neighbourhood construction generally began by removing all the trees. However, if you look at some of the earliest photos of Meaford, you will see that several young trees were quickly replanted in these neighbourhoods for shade, wind protection, and aesthetic reasons. Early pictures of Nelson Street show a broad boulevard west of Sykes lined with fairly mature trees. Many of the newly planted trees in Meaford were non-native species such as Norway Maple, Norway Spruce, and Horse Chestnut.

It’s clear that trees grew up with Meaford because our ancestors valued their benefits and their beauty. That means trees are truly part of Meaford’s heritage, as much as any building, street, or neighbourhood.

To help preserve this heritage, and to promote the environmental benefits of mature trees, a new organization called Tree Trust Meaford has just come to town. We are the fourth town in southern Ontario to establish a Tree Trust, and several others are being formed. Meaford’s oldest, largest trees on public lands—such as the parks and the cemetery—never receive the care of a professional arborist. Some are vulnerable to disease and other conditions that could end their lives prematurely, even if they have already lived over a hundred years. Tree Trust Meaford uses donations from our community to hire professional arborists who will save our most cherished ‘seniors’, one tree at a time.

Trees, even the largest trees, have a way of blending into the landscape and becoming ‘invisible’. The next time you’re out for a walk or bike ride in Meaford, try letting the trees stand out for a change. You’ll quickly realize how fortunate we are to have such abundant and beautiful mature tree life all around us.