The Pet Expert: Should Emotional Support Animals Be Allowed on Commercial Flights? 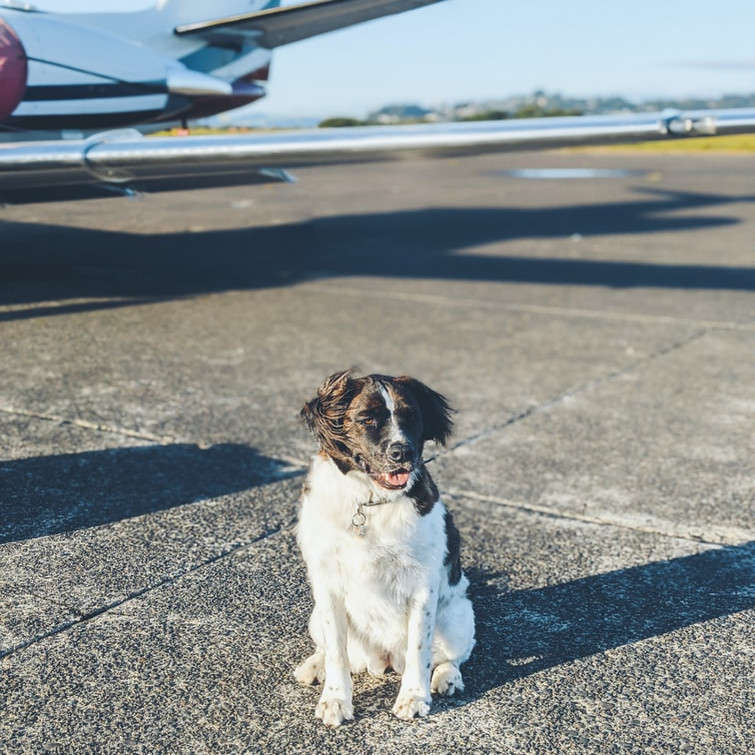 Recently, Alaskan Airlines announced that they will no longer be allowing emotional support animals on flights starting this year. Under their new policy, only service dogs will be allowed on flights, and will have to be approved in advance.

What’s the difference between an emotional support dog and a service dog?

Emotional support animals play a significant role in elevating the quality of life for their owner. However, they’re generally not trained to the same degree as legitimate service dogs.

A service animal, on the other hand, is almost always a canine. These carefully-chosen dogs have been thoroughly trained, usually from an early age, to perform specific tasks for persons living with disabilities. These include guide dogs to help people with visual impairments, seizure disorder dogs to help those affected by epilepsy, and more.

For many living with disabilities, their service animal is the lifeline needed to live independently, or to be able to handle even basic daily tasks.

Service dogs are typically leashed and tethered to their owner, and are extremely well behaved. In fact, they usually ignore what’s going on around them, unless necessary for their job, and remain focused on the needs of their owner. Service dogs can be certified, and are almost always identified by wearing a service dog vest.

While service dogs can also provide comfort and support like an emotional support animal, they’re usually classified as a service dog because they perform specific working tasks that their owner is unable to due to disability.

In Canada, the cost to train and place a service dog is about $25,000, and because a service dog’s responsibilities are so highly dependent on their abilities, upwards of 70 percent of canines entering service dog training programs do not pass. Service dogs must be strictly able to remain calm and focused under all situations; to urinate and defecate on command, and to ignore other people and animals around them. Additionally, service dogs must learn to perform specific tasks geared towards their owner’s needs.

Who should be allowed on airplanes?

The debate about what types of animals should be allowed onto commercial flights is not a new one. In North America, service dogs are legally permitted in almost all public spaces, with a few exceptions for the food manufacturing sector. In Canada, business owners only need to see a note from a physician, nurse, or other qualified medical practitioner to prove a dog is a trained service animal. To avoid confusion, many service dog handlers carry their dog’s certifications with them at all times.

Many believe the emotional support animal title is misused on airlines so passengers can travel with their animals free of charge.

Currently, the Canadian Transport Agency grants the right for all passengers to travel with an emotional support animal free of charge, so long as they have a letter from a professional care provider stating that the animal is needed.

Restrictions for emotional support animals vary by airline; for example, Air Canada only allows canines. Most airlines have put in place restrictions on breeds, species, and even temperament.

Alaskan Airlines officials will be requiring that only trained service dogs are allowed on flights after January 11, 2021, and owners will have to fill out a document “attesting that their animal is a legitimate service dog, is trained and vaccinated and will behave appropriately during the journey”.

In a letter sent to the U.S. Department of Transportation (DOT) on behalf of several major airlines, it was stated that over a million passengers flew with emotional support animals in 2018. Airline officials noted a surge in disruptions, including incidents of mauling and biting, as well as urinating and defecating.

The DOT has now ruled that emotional support animals do not have to be accepted on commercial flights; only documented and trained service dogs are permitted.

There is no doubt emotional support animals play a crucial role in the well-being of their owners. Unfortunately, lax restrictions surrounding these animals in public has caused a surge in maltreatment of the title and its privileges.

Perhaps it’s time for the Canadian government to step up and create more definitive regulations to protect and support emotional support animal owners.