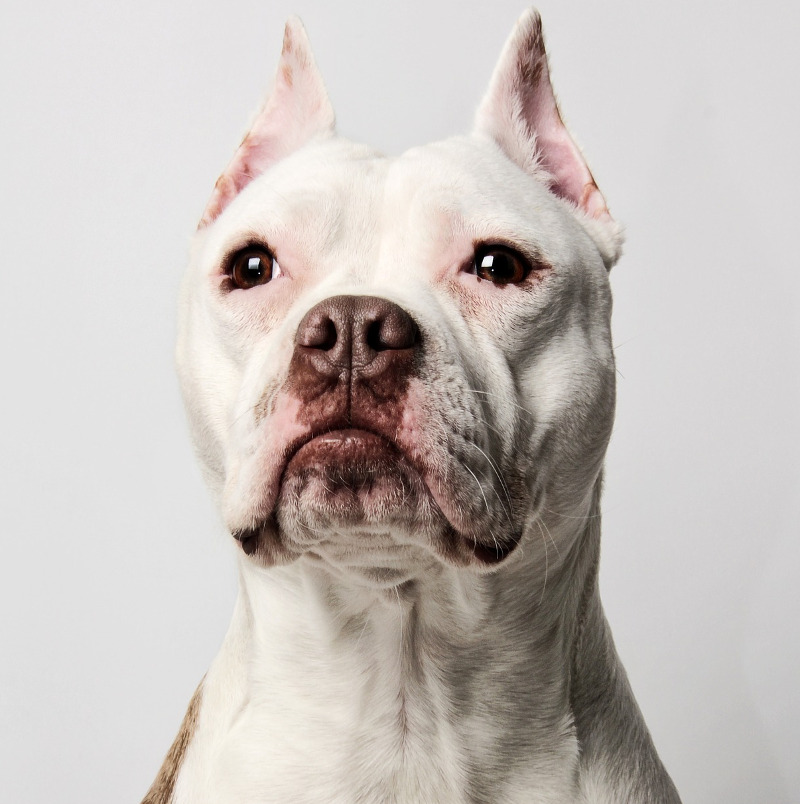 This breed-specific legislation (BSL) gave Ontario bylaw officers the power to confiscate any dog that they believed to be a pit bull breed. As a result, many dogs were taken from their owners and were either euthanized, kept in a municipal shelter, or re-homed outside of Ontario.

Ontario’s breed-specific legislation has had a lasting, devastating effect for many pet owners, who completely lost control of their pet’s care, with no certain answer on whether they would ever see their beloved companion again.

Premier Doug Ford vowed to retire Ontario’s breed-specific legislation under the Dog Owner’s Liability Act, and has been met with a mix of support and opposition since the announcement was made this past October.

The same day the pit bull laws were eased, Tommy Chang, a Toronto-area resident and public advocate against breed-specific legislation, got his dog back from Vaughan Animal Services. Dwaeji, an American Pocket Bully (nicknamed Blu), spent one month in a shelter before finally being reunited with his family.

Shortly after coming home, Mr. Chang, an owner of a Toronto-based martial arts studio, brought Dwaeji with him to work where he unfortunately bit a 13-year-old boy, leaving him with serious facial injuries requiring more than a dozen stitches.

According to the boy, named Muhammad Almutaz Alzghool, his instructor challenged him to conquer his pre-existing fear of dogs. “He told me you have to overcome your fears and if you don’t, you won’t be a taekwondo national champion,” Muhammad told reporters.

What happened to Muhammad is not only unfortunate and upsetting, it was also entirely preventable.

It is important to note that prior to the incident in the martial arts studio, this dog was locked in a municipal kennel for one month, and was likely experiencing exceedingly high levels of distress resulting in dangerous fear-based behaviours.

After being in such an environment for several weeks, dogs of all breeds, sizes, and ages will absolutely require time to decompress and readjust to life outside of a shelter; some dogs require more time than others to ascertain a healthy behavioural balance. This process often requires the assistance of a qualified trainer experienced in positive behavioural modification.

In my opinion, Mr. Chang set his dog up to fail on many levels. Not only did he fail to provide his dog with the time and resources needed to adjust to post-shelter life, he did the complete opposite and immediately placed his dog in an environment brimming with stressful and unnerving stimuli. Whether Blu was a pit bull or a Pomeranian, a martial arts studio is the last place he should have been.

Dog bites can be prevented, not only through proper force-free training, but through keeping dogs out of environments where they could experience high levels of stress, fear, or anxiety. A highly stimulating environment, like a martial arts studio, is not a suitable setting for most canines, even those who are well-adjusted to social settings.

After the incident, Doug Ford stated that, “Nothing is going to change right at this point,” and it is still believed that he will go ahead with removing the ban altogether.

I am not pro pit bull, nor am I anti pit bull. One cannot paint one breed with such a wide brush as to assume they are all one and the same. Granted, many breeds do have certain behavioural predispositions, however, dogs become products of their environment, and those who use poor judgment with their pets are the ones who continue to create and reinforce negative breed stigmas.

With that said, let’s look at the statistics. The city of Toronto reported 379 dog bites in 2010, a 28% decrease since the breed-specific legislation came into effect in 2005. It is also reported that since 2002 the number of pit bull-related bites in Toronto dropped more than 92%. Granted, more insight is needed to understand these figures better. Was the decrease in reported dog bites a direct result of the pit bull ban, or were pit bull owners simply not owning dogs during that period of time, or is it something else? However, in 2016, record bites were being recorded again.

So, what should we do about all of this? Do we go ahead and ban pit bulls again, only to have uneducated and irresponsible owners select another breed to make poor decisions with? One cannot expect an inexperienced driver to handle a Ferrari, so should we be allowing inexperienced individuals to own animals that have the potential to harm themselves, or others?

I am a firm believer that, in the right hands, every dog has the potential to be a loving, well-balanced companion animal, provided they are in an environment best suited for their individual character. Having a well-balanced dog is directly dependent on having educated pet owners capable of making fundamentally sound decisions in favour of their pets’ well-being. Sure, not all dogs end up being well-balanced, even under the guidance of an experienced pet owner. However, if the owner is educated well enough to understand the difference between a suitable and unsuitable environment for their pet’s individual limitations, then we remove the opportunity for a dog to react in an unfavourable setting.

Should potential pet owners require training and licensing of their own prior to owning a dog? Perhaps. But that is a discussion for another day.