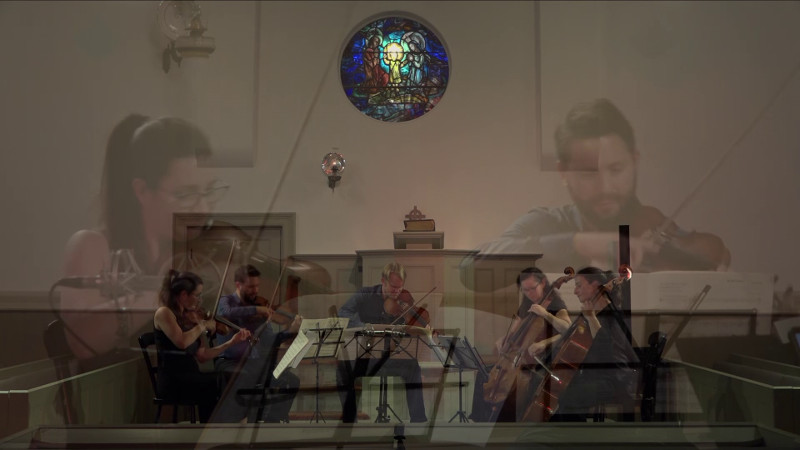 Even though concert halls are currently shut down across Ontario due to COVID-19 restrictions, 11 Ontario-based classical musical festivals are offering 11 free, online concerts beginning on Friday, January 28 as part of July in January. SweetWater Music Festival, based in Owen Sound and Meaford, is part of this extraordinary event.

“This going to be a one-of-a-kind opportunity for people who love classical and chamber music to enjoy performances by Canada’s top musicians all in one place,” noted Paul Eichhorn, SweetWater General Manager. “SweetWater is thrilled to be involved with this exciting new way to allow everyone to get a front row seat, right from the comfort of their living rooms.”

After several weeks of preparation, the 11 concert videos will be available at classicalmusicfestivals.ca. Other participating festivals including Festival of the Sound, Stratford Summer Music, Collingwood Summer Music Festival, Elora Festival, Toronto Summer Festival, and Ottawa Chamberfest.

“I have to send a huge shout-out to Festival of the Sound and Stratford Summer Music for being leads on this project,” added Edwin Huizinga, SweetWater Artistic Director. “It’s so exciting to be part of this musical event.”

The July in January came about because of two of Canada’s most recognized and respected musicians looked for a way for audiences to connect with music amidst the uncertainty of the pandemic. Violinist Mark Fewer (Artistic Director of Stratford Summer Music Festival and founding Artistic Director of SweetWater) and clarinetist James Campbell (Artistic Director of Festival of the Sound and long-time SweetWater performer) reached out to other festivals to create Classical Music Festivals of Canada (CMFC). July in January is hopefully just the first of many music events to be produced by this musical collaborative.

“Nothing will replace the live concert experience, but streaming does give the music community a great way to stay connected, as well as offer others the opportunity to see what our individual festivals are all about,” explained Fewer. “It’s a way for us to reach our audience during the off-season that also allows us to reach classical music fans in new communities, both in Ontario and beyond.”

Campbell and Fewer both expressed their pride in Canada’s arts organizations, how they’ve risen to the pandemic challenge and continued to share top-notch performances with music-lovers across the country.

CMFC’s inaugural July in January is a free event open to anyone, anywhere. Viewers are encouraged to support the participating arts organizations by donating through links on the website.

To enjoy the concerts and find out more about about July in January, go to classicalmusicfestivals.ca beginning January 28. Concerts will be available to view until the end of February. For more about SweetWater’s contribution to the event, visit sweetwatermusicfestival.ca.

SweetWater thanks key partners for this event: Canadian Heritage (Key Funding Partner) and CTRE (Video Production Partner). They also extend thanks to the Friends of the Leith Church for their assistance.