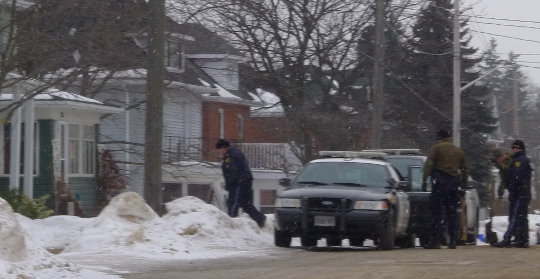 Grey County OPP have now charged a total of three individuals with the recent series of break-ins in the Municipality of Meaford.

It appears that Canadian Forces Base Meaford won't be hosting any of the 25,000 Syrian refugees that the federal government has pledged to bring to Canada.

That's the word from Michel Cimpaye, a spokesperson for Immigration, Refugees and Citizenship Canada.

Citing safety concerns, the Municipality of Meaford announced on Friday (January 29) that it will be closing three rural bridges effective immediately.

Grey County Ontario Provincial Police (OPP) urge residents to beware of the Canada Revenue Agency (CRA) scam in which someone, claiming to be a representative from the CRA, calls and informs you that you owe the government money and that payment has to be made immediately or else a warrant will be issued for your arrest.

On January 26, 2016 a Township of Chatsworth resident received one of these phone calls and subsequently provided the person with her credit card information to make an $800 payment.  The scammer then suggested that they continue to make payments of $200 a month for 7.5 months to clear their debt.  The victim realized she’d been scammed and immediately cancelled her credit card and called police.