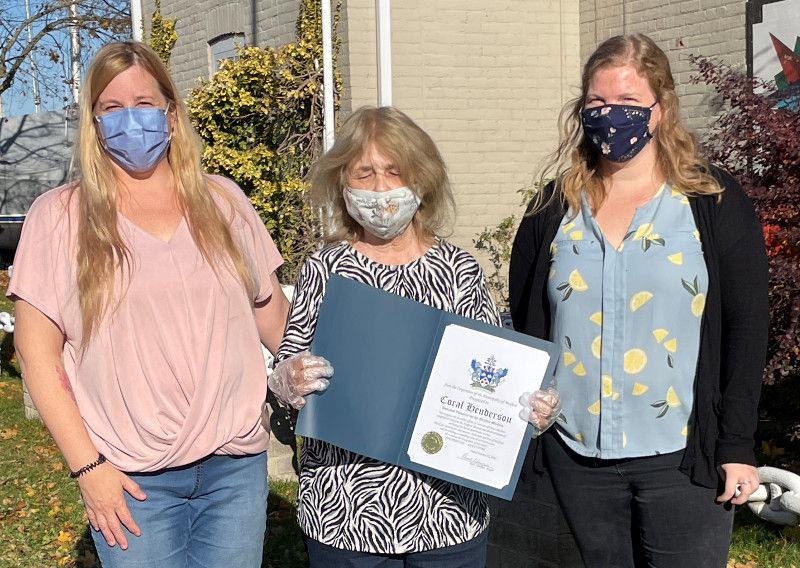 Meaford Museum staff have presented long-time volunteer Coral Chapple Henderson with a Certificate of Appreciation from the Municipality of Meaford, in recognition of her hard work and dedication to the Museum since 1986.

Born and raised in Meaford, Coral’s interest in history grew out of a desire to learn more about her father’s parents. Once she began researching them, she quickly found herself ‘following the thread’ of other stories that caught her eye.

Exploring the history of Meaford through old newspapers quickly became her passion. Coral uses microfilm copies of the Meaford Monitor and Express, which she views on her personal hand-turned microfiche machine, to print articles she then compiles into binders based on specific topics. Her years of work has become an invaluable resource for both the Meaford Museum and independent researchers.

The Meaford Museum Research Library has shelves filled with binders of her research. These binders cover a variety of topics, such as both World Wars, local doctors, the elementary and high schools, mayors, horses, town life, and genealogy of prominent Meaford families. This collection is accessible to the public for a small fee.