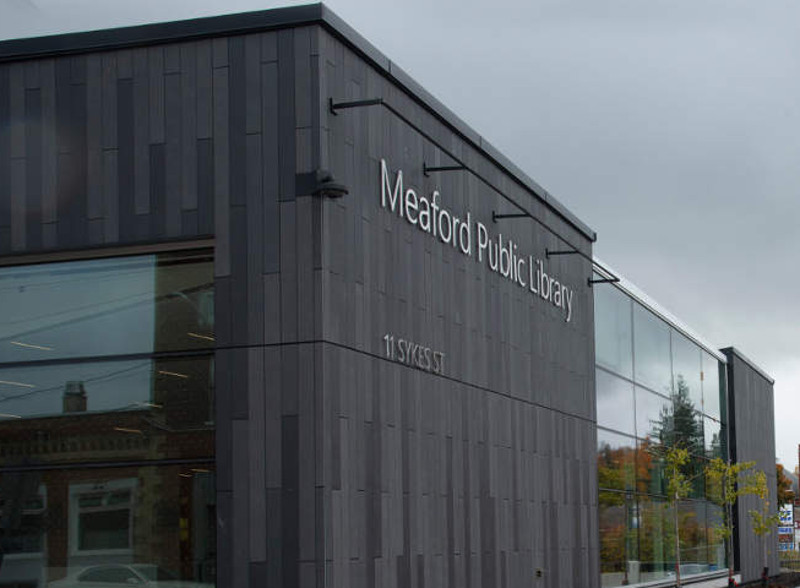 The Meaford Public Library Board has appointed a new CEO, and the appointment might raise some eyebrows.

At their January 19 meeting, the library board agreed to appoint Meaford CAO Rob Armstrong as Library CEO.

“A recent vacancy in the CEO position created an opportunity for the Library Board to look at the organizational structure of MPL in an innovative way that would offer the same great service without additional costs for service delivery,” the municipality announced in a press release issued on February 16.

In the agreement approved by the Library Board during their February 16 meeting, it is noted that Armstrong would allocate 10 percent of his time to the Library CEO role.

“The parties acknowledge that the joint services to be provided by the CAO in fulfilling the role of CEO will provide a benefit to the Board and the operation of the library through the acquired knowledge, expertise and experience of the CAO in providing administrative functions to the Municipality,” noted the agreement. “The parties agree that the CEO shall allocate approximately 10% of the time typically spent working in the role of CAO or approximately 7 hours biweekly to fulfilling the role of CEO for the Board. The time that is to be spent in either role shall be permitted to be flexible in order to balance the work requirements of both the Board and the Municipality and to maximize the value and effectiveness of the joint service role to each party to the extent possible.”

Armstrong told The Independent this week that he will receive no additional compensation for taking on the Library CEO role.

While Ontario’s Public Libraries Act aims to ensure that libraries operate at arms length from municipal councils, there is nothing in the legislation that prevents a library board from appointing a municipal CAO to the position.

While discussing the issue earlier this week, Armstrong told The Independent that with the departure of the previous Library CEO, and the realization that the role does not require a full-time employee, the library board opted to appoint him as a part-time CEO.

A condition of the approval is an agreement between the Board and the Municipality that clearly distinguishes the role of CEO from the CAO and the reporting to the Library Board to comply with the Libraries Act.

“I believe that this new arrangement will benefit the Municipality as a whole. This would not be possible without the great staff who work at the Library and the exceptional services that they provide that makes our library one of the cornerstones contributing to the strong cultural presence in our community,” said Armstrong.

“The Board agrees that the primary responsibilities of the CEO are for the administration, planning and organization of library services in accordance with policies established by the Board. The CEO serves as the Board’s representative to the community, to professional organizations and to government agencies,” noted the agreement approved by the board. “The Parties agree that, when dealing with any matters related to the library, including at Council meetings, and when reporting to the Board, the CEO is representing the interests of the Board and not the interests of the Municipality. The parties agree that, should a conflict of interest arise between the Board and the Municipality, the Director of Community Services/Clerk shall assume the role as CAO in the reporting to the Council of the Municipality and shall represent the Municipality’s position to the Board where necessary.”

Library Board Chair Mike Poetker, expressed support for the plan.

“The Library Board positively views this as a strategic move that will allow the enhancement of services at the Library and to strengthen the alliance with the Municipality,” said Mike Poetker, Chair of the Meaford Public Library Board.