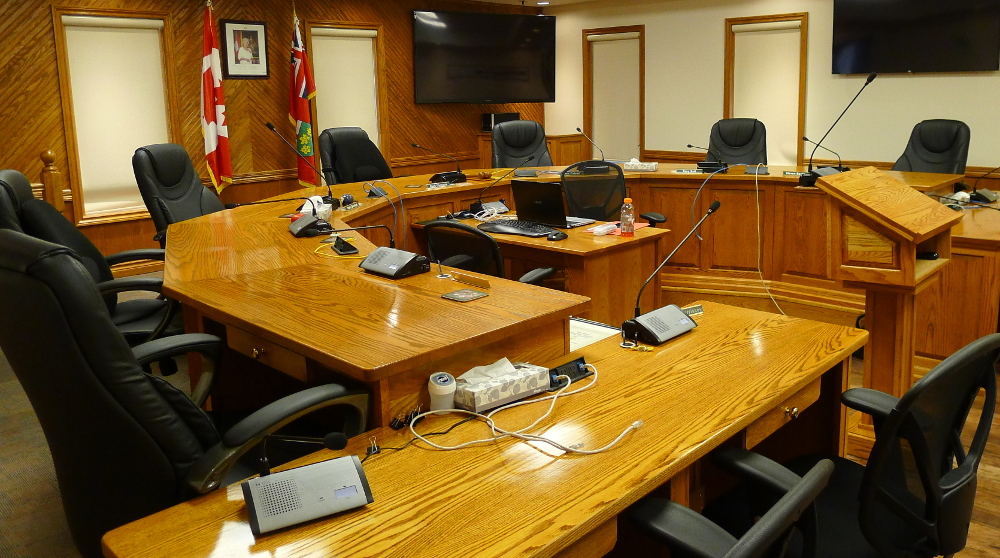 With less than a month left in the municipal election nomination period, the list of council hopefuls has grown, though only slightly.

As of July 26, two first-term members of council, Ross Kentner and Paul Vickers, have announced their intention to run for mayor, while just one candidate has stepped forward to seek the Deputy Mayor position thus far, incumbent Shirley Keaveney.

For the five regular council seats, there are now five candidates; three incumbents – Tony Bell, Harley Greenfield, and Steve Bartley, along with Darryl Birch, and as of this week, Brandon Forder.

Forder announced his campaign for council in a media release issued Friday in which the 42-year-old business owner suggested that council could benefit by having younger representation.

“I feel Meaford Council would benefit greatly by having representation from younger members of the community. In particular, those with small children who want to be active participants in helping shape their community while raising a family here,” said Forder in the media release.

The candidate suggested that new development in the municipality will require a forward-thinking council.

“Meaford is on the cusp of a momentous developmental boom,” Forder said. “This community needs forward-thinking Council members who believe in smart, carefully planned growth that preserves our natural resources. We need to continue furthering inclusivity. And above all else, we need to make decisions that reflect the needs and wants of the public. Every resident’s voice matters.”

The two candidates for mayor are both first-term members of council. Ross Kentner and Paul Vickers have sat side by side during their first term of council, but now they are competing for the position of mayor, and one or both of them could find themselves on the sidelines after the October 24 municipal election should a third mayoral candidate enter the race.

Kentner was the first candidate to file his nomination papers with the municipal clerk on the opening day of the nomination period.

On the day he announced his intention to run for mayor, Kentner told The Independent that the coming development boom in Meaford is a major concern that will require careful management and oversight by council.

“This is a critical time for Meaford. We have been at a crossroads for many years and we are finally growing dynamically. I want to see ratepayers’ engagement in that growth. I want to be guided by our official plan and show respect to the public input to that plan. We have a chance to get the best from development and to avoid the worst,” Kentner told The Independent.

For his opponent, future growth is also top of the list of priorities for the next term of council.

“I think right now, the municipality is at a great point, and I want to be part of it, I want to be one of the ones that takes a leadership role to further the municipality,” Vickers told The Independent. “There’s lots going on, there’s good development, people have discovered this part of the world.”

There is still time for those considering launching a campaign for council.

Candidates may file in person or by an agent in the Office of the Clerk between the hours of 8:30 a.m. and 4:30 p.m., Monday to Friday, excluding holidays, prior to the Nomination Day deadline (Friday, August 19, 2022), and between 9 a.m. and 2 p.m. on Nomination Day. A prescribed fee in the amount of $200 for mayor and $100 for all other candidates is payable by cash, debit, certified cheque, or money order. The endorsement of at least 25 persons must accompany the nomination form.