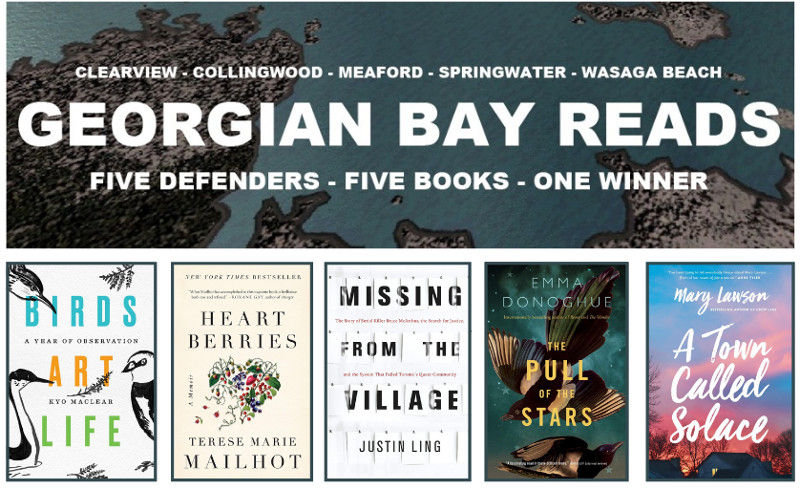 The competition pits five defenders against each other: each individual has selected a book to represent and is attempting to prove theirs is the best. This year Meaford is hosting the event in the Friends of the Meaford Library Room on October 23, at 7 p.m. The event will be hosted on Facebook Live due to COVID-19.

By visiting the web page the general public can vote on their favourite book, and the library which selected the winning book takes home the new trophy.

More information can be found on the website: https://georgianbayreads.ca/

Book: Missing from the Village by Justin Ling

Book: The Pull of the Stars by Emma Donoghue