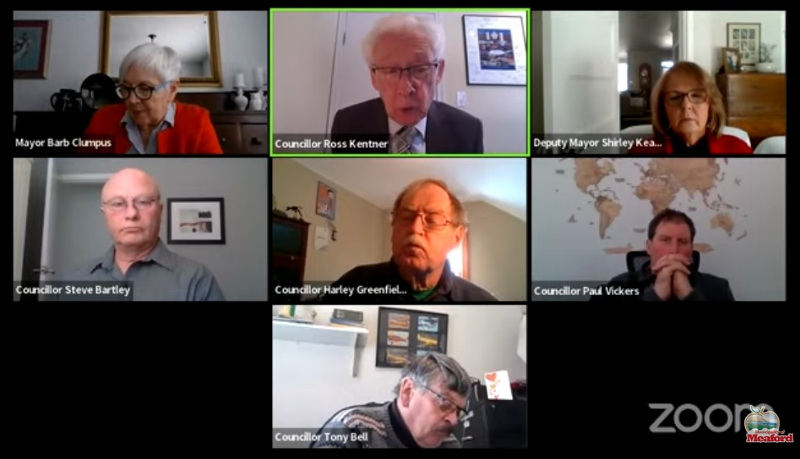 Meaford Council has approved the municipal budgets for 2022. In a unanimous vote during their February 14 meeting, Council took the final step in setting the budgets for the coming year.

In 2022 Meaford ratepayers will see the municipal portion of their property tax bills increase by 4.90 percent, amounting to a $133 increase in 2022 for the average residential property (assessment of $274,397), or roughly $11 per month. The estimated blended rate increase (including county and school board) is 3.78 percent.

In December, Council was presented with draft budgets for 2022, and though recent COVID-19 protocols in Ontario prevented Council from meeting together over two full days to discuss the budgets as had been planned, during their January 17 virtual meeting members of Council engaged in significant discussions, particularly regarding a handful of proposed budget enhancements that were not included in the base draft budgets.

After significant discussion, Council approved all of the budget enhancements except the proposal for winter grooming of Georgian Trail.

The enhancements approved added roughly $73,000 to the tax-supported budget, and increased the 2022 tax rate increase of roughly 0.5%.

Inflationary pressures also impact municipal budgets. In 2021, Ontario, along with the rest of Canada, saw significant inflation rates of more than four percent, and that trend is expected to continue in 2022. Mayor Barb Clumpus noted during Council’s January 17 budget discussions that Ontario’s most recent inflation numbers show an increase of five percent.

“I guess it’s a sobering thought that we’ve just heard here, that the Canada CPI is at 4.7 percent inflation, and the Ontario inflation rate is at 5 percent. When you put that into context, and granted, it’s the time of year, but when you put that into context of what we’ve been able to do today with the budget, to come in with the enhancements that have been decided upon, approved, and by our calculation we have 4.19 (percent) with the blended rate,” said Mayor Clumpus in January. “So I think we need to keep that in perspective as well, it is under 5 (percent), inflation is rampant, we know that, and with the budget as presented has been very much approved and appreciated.”

Included in the draft base budget is a 1 percent cost of living adjustment for municipal staff, a minor reduction in OMPF funding, and the use of $130,000 from the Waste Management Reserve in order to offset costs in 2022 as was done in 2021.

Both water and wastewater services will require an increase in funding of roughly 8 percent each in 2022, however CAO Rob Armstrong advised Council that the increase for current users of the service will be less, thanks to increased growth in the municipality.

In the capital budget, $9.6 million is to be dedicated to infrastructure projects such as roads, bridges, and park facilities.