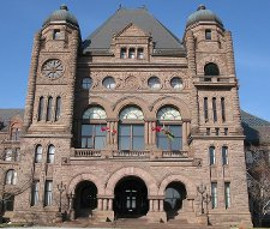 Local MPP Bill Walker says that a proposed Bill introduced in the Ontario Legislature will, if passed, better protect farmers, their animals, livestock transporters, and the province’s food supply from on-farm trespassers.

The proposed legislation would also require explicit prior consent to access an animal protection zone on a farm or food processing facility.

“We have heard concerns from farmers, farm organizations, processors, livestock transporters, and municipalities in Bruce-Grey-Owen Sound about trespassing, and their worry about the safety of farm families, employees, and farm animals,” said Walker. “Our government is taking action to help protect them and protect our agriculture sector.”

Ernie Hardeman, Minister of Agriculture, Food and Rural Affairs, introduced the proposed Security from Trespass and Protecting Food Safety Act, 2019 in the Ontario Legislature following consultations held throughout the fall with key stakeholders and people impacted by interference in their livestock operations. The health and safety of individuals and farm animals is at the heart of the proposed legislation.

“Interfering with the operations of farms, food processing businesses, and livestock transporters not only puts the health and safety of our agri-food workers and farm animals at risk, but also jeopardizes our food safety,” said Hardeman. “Our proposed legislation takes important steps to protect the integrity of the province’s food system.”

The proposed Bill would, if passed, act as a deterrent to trespassers by:

The proposed Bill provides exemptions to allow access for municipal by-law officers, police, and persons appointed under provincial animal protection and other legislation to access the property. This will be updated to reference the Provincial Animal Welfare Services Act (PAWS) if both bills are passed by the legislature.

Under the proposed Bill, consent would be invalid if it was obtained using duress or under false pretenses.

The proposed Bill would also address the safety risks of people interfering with livestock in transport by: