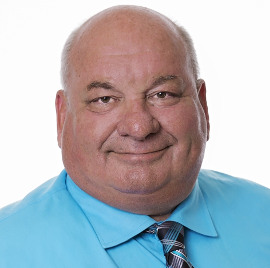 Last week, the Rt. Honourable Justin Trudeau announced a number of changes to his Cabinet. Larry Miller, Member of Parliament for Bruce-Grey-Owen Sound, views the shuffle as an admission that the Government has failed on key files. Miller is hopeful that some of these new appointments signal a change in policy.

Some major changes on international trade, natural resources, and border security appear to be a signal that these files are in need of reworking. On trade, the North American Free Trade Agreement remains in jeopardy and the Comprehensive and Progressive Agreement for the Trans-Pacific Partnership has not yet been ratified by Canada.

In regards to natural resources, Miller says the Government dropped the ball on the Energy East pipeline and has made a complete mess of the Trans Mountain Pipeline expansion project.

On border security, the Prime Minister has created a new position, the Minister of Border Security and Organized Crime Reduction. The position will be held by the Honourable Bill Blair. This seems to be in response to the Government’s inability to keep our borders secure and hopefully signals a shift in policy on firearms. The Government has continually targeted law-abiding firearms owners – particularly with Bill C-71 – while failing to bring forward any policies to combat gun violence through organized crime.

“This Cabinet shuffle makes it very clear that this Government knows that, on a number of important files, they have failed Canadians,” said Miller. “That being said, I am hopeful that this shuffle will signal a much needed change. Most importantly, I am hopeful that the new Minister of Border Security and Organized Crime Reduction will start taking gun violence by gangs seriously and stop this Government’s attack on those who follow the law. A great first step would be to scrap Bill C-71.”