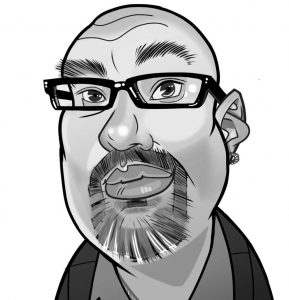 Like most new years, 2020 kicked off with a certain amount of optimism and enthusiasm, but all these months later, most of us can’t wait for 2020 to be over.

At this time last year, as we readied ourselves for the holiday season, for many in the community the number one issue of concern was the proposed pumped storage facility at the Tank Range. The Save Georgian Bay group had been gaining momentum in their quest to rally the community to oppose the proposal. The group had held protests and meetings, signs were created and distributed: and then the virus arrived in our neck of the woods.

Since March our daily lives have been a mix of frustration and uncertainty as lock-downs and social distancing protocols were implemented, many businesses were forced to close, and community-driven groups like Save Georgian Bay were forced to develop new strategies in order to get their message out while not able to hold events or gatherings of any kind.

As a result of the pandemic, Meaford’s Council was forced to hold their meetings virtually in order to keep the business of the municipality moving along. A less than ideal solution given the sometimes spotty internet in our rural community, and, as one would expect, those virtual council meetings were fraught with technical issues and frustration. Once restrictions were lessened, Council returned to in-person meetings, though not in the cramped quarters of the council chamber, but instead meetings have been held at the opera house at Meaford Hall, allowing for effective distancing of members of Council and the public alike.

While Council managed to continue holding meetings, for most of this year virtually all public events have been cancelled. Canada Day celebrations did not happen this year, nor did the Scarecrow Invasion & Family Festival, one of the most popular events held in the community each year, to name just two of the dozens of events that did not take place this year.

In the early days of the pandemic, some residents were banging pots and pans together as a sign of support for our frontline healthcare workers. The fire department was rolling up to residential homes with lights flashing in order to bring a smile to a child on their birthday, a birthday with no large party this year.

In those early days, many of us assumed it might last a month or two, but it soon became clear that the only thing certain about the virus and the pandemic was uncertainty. We are now nine months into this ordeal, and we still have no idea how much longer our lives will be in this state of turmoil and uncertainty.

While the pandemic has been all consuming, we humans are creative creatures, as we saw with the solution to the Santa Claus parade. While we couldn’t have hundreds of people standing shoulder to shoulder watching a parade move by, organizers thought outside the box, and arranged for a stationary parade that residents could drive through. Again, not ideal, but it was a case of making the best of a bad situation.

In addition to the ongoing frustration and uncertainty that this year has heaped upon us, we have also seen a rift form between those who are faithfully following the directives of the province and the local health unit, and those who challenge the need for all of the various measures that have been taken during this pandemic. Many of those measures have crushed businesses, and many are hurting.

My perspective is perhaps simple. I am not a healthcare professional. I know nothing about viruses and how to combat them, so if our experts say we should be wearing masks and distancing, that’s what I do. If our experts are right, then by following the protocols, I could be helping to slow the transmission of the virus, and if the experts are wrong, at worst I’ve had some inconveniences.

That said, I don’t think anyone should be too hard on those pushing back against the measures that have been taken. I suspect that history will show that we quite possibly overreacted to this particular outbreak. The virus has proven to be less deadly than first feared, and I don’t doubt that we will at some point come to the conclusion that we could have done things much differently. So, the wild conspiracy theories aside, I suspect that those who feel that we have gone too far, that we have destroyed businesses that didn’t need to be destroyed, aren’t entirely wrong.

While our focus has been on protecting the community at large from the virus, overdoses are surging, and domestic violence is on the rise. I am certainly not an ‘anti-masker’, but I think we should respect and mull the suggestion that hindsight will prove that we overreacted. The time for those debates however should be later, not now, not in the midst of the pandemic, and certainly not as vaccines are beginning to be distributed.

This week, the Meaford Independent team has put together our final print paper of 2020. In the community news business, opportunities for down-time are few and far between, so as we have done in previous years, we take advantage of this traditional holiday period to take a break, and get some much needed rest. While we won’t be publishing our next print paper until the new year, our website will be updated throughout the holidays.

Whatever you celebrate (or don’t), I wish all of our readers the best that this season has to offer, even in a strange year like this one. Be safe everyone, it’s not over yet, but there is light at the end of the tunnel.