Despite road closures the Georgian Shores Lightning Atom LL team travelled to Dundalk on Saturday, January 10, 2015 to take on the Storm.

With the game underway the Lightning were playing hard and battling well, but were unable to put a puck in the net. Jerry Marshall was playing well, and held off the Storm for the first period making the game still tied at zero going into the second period.

Lightning in Tough at Orillia Tournament

Something New to do at Blue 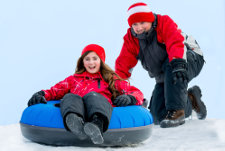 Blue Mountain Resort’s list of cold weather activities has increased with the addition of a Hike N’ Tube Park, now open. Located adjacent to South Base Lodge at the base of the L-Hill ski trail, the Hike N’ Tube Park features four tubing tracks spread out over two courses and is suitable for guests aged three and older. 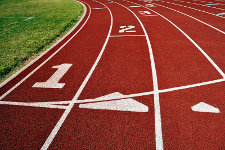 On Sunday, January 11, the Meaford Coyotes Track Club sent a contingent of 23 runners to the University of Western Ontario in London for their season opening indoor track meet, with most members competing in two events.