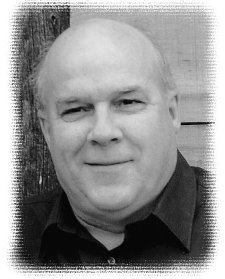 Born in Yarmouth, Nova Scotia, a son of the late Robert Allan and Barbara Martha (née Nickerson) Harding, Bob passed away unexpectedly at his home in Meaford on Sunday March 22, 2015 at the age of 61.

Bob is remembered as the devoted husband and companion of 42 years of Wilda (née Brown) Harding who recently and tragically predeceased him in December 2014.

Bob was a special brother and brother-in-law to Rick Harding and Kathy and George Harding and Jill all of Meaford, Marsha and Brent Mustard of Kitchener, Glenn Harding and Cheryl of Yarmouth, NS and Murray Harding and Debbie also of Meaford and he will be recalled as a special uncle by their families.

Bob is also survived by his brother-in-law John Lake and his wife Susan of Fergus and will be recalled fondly by their children.

Bob was a long serving employee of the Municipality of Meaford and his cheery manner will be sorely missed by his colleagues and ‘customers’. He was unwavering in his desire to help anyone in need and he possessed many talents which he utilized freely to that end.

Bob and Wilda’s family invites all to join them at the Meaford and St. Vincent Community Centre Auditorium on Wednesday April 1, 2015 between the hours of 1 and 4 o’clock for a celebration of their lives where they welcome the opportunity to share refreshments and remembrances of their Mom, Dad, Nan and Grampy who are now reunited.

In keeping with their expressed wishes, cremation has taken place and a private family service of inurnment of their ashes will be conducted at Lakeview Cemetery Columbarium at a later date.

If so desired and as your expression of sympathy, donations to the Meaford Hospital Foundation would be appreciated and may be made through the Ferguson Funeral Home, 48 Boucher St. E., Meaford, ON N4L 1B9 (519-538-1320) to whom arrangements are entrusted. www.fergusonfuneralhomes.ca