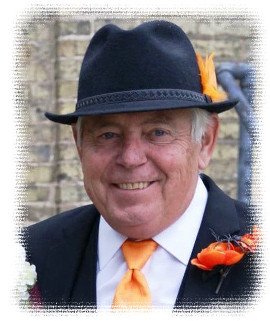 Bryan grew up in Meaford, where he attended both elementary and secondary school. He will be remembered by many as the helpful manager of the Beer Store for many years where he enjoyed serving the public. He maintained his roots in Meaford where he was a member of RCL Branch 32, Meaford, and supported their work in the community.

Bryan is survived by his wife Sandra ‘Sandy’ Miller of Chatsworth, and was a loving father to daughters Jenevra and her husband Kyle McKay of Ilderton and their children Adalyn and Lachlan, and Trinette and her husband Stephen Moffat of London and their son Harrison. He will be recalled as a caring stepfather to Scott and Jennifer Jenkins of Calgary and Jamie Jenkins of Windsor.

A brother, Glendon Miller and his wife Adele of B.C., survive Bryan and he was predeceased by his brother Marvin Miller and survived by his wife Jane of Elliott Lake.

He is also remembered as a son-in-law to Edward Orsava of Fergus and Evangeline ‘Bonnie’ Clearwater of Etobicoke, and as a brother-in-law to Raymond Orsava and his wife Tina Zavagno of Toronto.

Bryan’s family extends sincere gratitude to Dr. Sandhu and oncology staff at Grey Bruce Regional Health Services in Owen Sound, the caring staff at Chapman House, and the nurses and support staff of Care Partners of the LHIN in London.

Cremation has taken place and a family funeral and service of committal and interment will take place at Lakeview Cemetery, Meaford, at a later date.

In lieu of flowers and as your expression of sympathy, donations to the Canadian Cancer Society or Grey Bruce Hospice ‘Chapman House' would be appreciated and may be made through the Ferguson Funeral Home, Meaford, to whom arrangements have been entrusted.