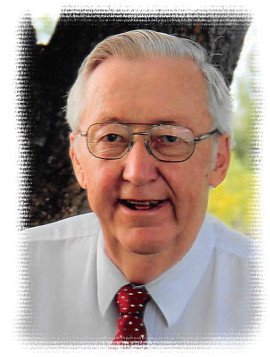 Born in Nottawasaga Township in Simcoe County on September 6, 1933, a son of the late Guy Wilfred and Florence (nee Crosskill) Hudson, Harold passed away at Meaford Hospital on Tuesday, July 28, 2020, at the age of 86.

A long-time resident of the Meaford area and St. Vincent Township, Harry will be remembered as the much loved and loving husband of the former Jean Mae Wilson, who predeceased him on July 19, 2020.

The couple had been married for 61 years and had shared many events together and with family, which will have left lasting memories for their nieces and nephews and multitude of friends and neighbours.

Harry and Jean were active members of the Olivet Baptist Church in Meaford, supporting not only the building but also the multitude of good works and causes throughout the world. Harold was a knowledgeable orchard grower in the area and his expertise and hard work was appreciated by his colleagues in that active Georgian Bay industry.

Harold will be recalled as the fun-loving uncle and great-uncle by his nieces and nephews and their families: Darlene and Keith Bumstead of Meaford and their children Pam (Shawn) Adams and children Riley, Dylan, and Connor and Stephanie Bumstead; Bill and Carol Hudson of Meaford and children Hayden and Natashia; Robert ‘Bob’ Wilson and his wife Kathleen of Calgary and their children Jamie and Kaelea; and Chris Galliher and his wife Karen also of Calgary and their daughter Charlize. He was predeceased by niece Lois Both (Wilson).

A private family funeral service officiated by Reverend George Bell of Olivet Baptist Church was conducted at the Ferguson Funeral Home in Meaford with a service of committal and interment following at Lakeview Cemetery, where Harry was interred with his late wife Jean. In lieu of flowers and as your expression of sympathy, donations to the Parkinson Foundation or the Canadian Cancer Society would be appreciated and may be made through the Ferguson Funeral Home to whom arrangements have been entrusted.