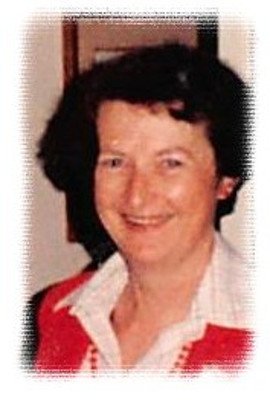 Born in Meaford on May 18, 1938, a daughter of the late Carl and Leah (nee Preston) Wilson, Jean passed away unexpectedly in Owen Sound on Sunday, July 19, 2020, at the age of 82. Jean is survived by her loving husband of 61 years, Harold 'Harry' Hudson, of Meaford.

Jean and Harold were devoted members of Olivet Baptist Church in Meaford. Jean will be recalled as the very capable administrative assistant with Noble Insurance for many years and was an avid gardener as her home would attest. She enjoyed judging floral arrangements at the local Fall Fair for several years.

A private family funeral service was conducted at the Ferguson Funeral Home in Meaford followed by a service of committal and interment at Lakeview Cemetery. In lieu of flowers and if so desired, donations to the Meaford Hospital Foundation or Canadian Cancer Society would be appreciated and may be made through the Ferguson Funeral Home to whom arrangements are entrusted. www.fergusonfuneralhomes.ca