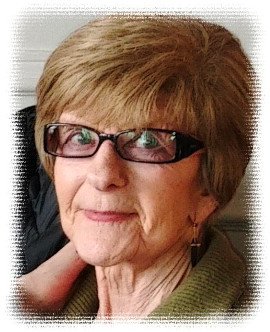 It is with immeasurable sorrow that we announce the passing of Helen Anne Holmes (Hunt), 81, of Meaford, with her immediate family by her side.

Helen was born in Markdale to parents Albert Edward Hunt and Claudia Isabella Sophia (Ray). Following the early passing of her mother, Helen was raised by her father and stepmother, Freda Hunt (Eagles).

Helen was a well-respected yoga teacher in Owen Sound and surrounding region. Shortly after attending a yoga class at the ‘Y’ in the 1970s, Helen earned her certification and began a lifelong passion for teaching yoga. For over 45 years, she had a positive and lasting impact on her yoga community.

Helen was a loving wife and life partner of William (Bill) Holloway for 35 years. She and Bill enjoyed their many travels over the years paired with an active lifestyle of cycling and cross country skiing.

Helen was immensely proud of her family and leaves nothing behind but beautiful memories.

Helen is survived by her daughter Sheryl Holmes (Glenn), son Paul Holmes, and her grandchildren, Kaie Rosborough and Nila Junker-Andersen (Erik). She will be remembered as a dear sister by her brother Ray Hunt (Amy) and sister Barbara Arthur (David). Helen was predeceased by her brothers David Hunt (late Marie) and Allen Hunt (late Eileen).

She will be fondly remembered by 14 nieces and nephews, and their families.

Helen had a wide circle of dear friends and neighbours, including current and former yoga students, all of whom were important relationships in her life.

Helen’s family would like to thank her healthcare providers in Owen Sound, Meaford, Kitchener, and Collingwood for their exceptional care and compassion.

A Celebration of Helen’s Life will be arranged for a later date to be shared with friends and family. A family gathering and interment of Helen’s ashes will be held also at a later date.

In lieu of flowers and if so desired as your expression of sympathy, memorial donations to Chapman House Residential Hospice Grey Bruce in Owen Sound would be appreciated and may be made through the Ferguson Funeral Home, 48 Boucher St. E., Meaford, ON, N4L 1B9. www.fergusonfuneralhomes.ca