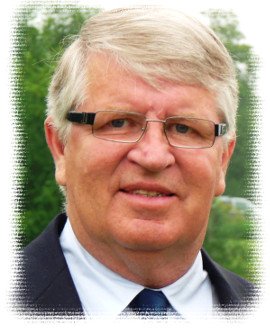 Lifelong Meaford and St. Vincent Township resident Tom Juniper passed away at the Meaford Hospital with his loving wife Ruth by his side on Friday, May 22, 2020, at the age of 71.

Born in Meaford on April 25, 1949, the son of the late Lawson and Wilma (nee Oppenheiser) Juniper, Tom was an accomplished heavy equipment operator for many years until an unfortunate accident resulted in a lengthy rehabilitation which resulted in his retirement from the work which he enjoyed so much.

In earlier years Tom was an active sports enthusiast, participating energetically with local ball and hockey teams and later as a coach. He was a loyal fan of the Owen Sound Attack hockey team in Owen Sound, rarely missing a home game while able.

Tom is survived by his beloved wife and companion of some 49 years, the former Ruth Perks, who supported Tom faithfully through his lengthy period of adjustment to his new way of life following that accident.

Tom was a dear brother to Peter Juniper and his wife Judy of Fredericton, New Brunswick, and brother-in-law to Sheryl and Dave Simon of Meaford.

As Tom wished, cremation has taken place and a family graveside service of committal and interment will take place at Lakeview Cemetery in the near future and a gathering to celebrate his life will take place at a later date with friends and family.

If so desired as your expression of sympathy, donations to the Meaford Hospital Foundation or a charity of your choice would be appreciated and may be made through the Ferguson Funeral Home, 48 Boucher St. E., Meaford, ON, N4L 1B9, to whom arrangements have been entrusted.